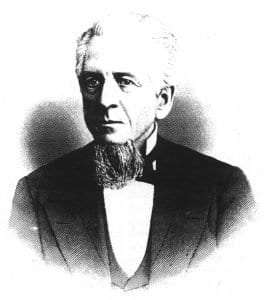 On September 8th, 1868, upon returning from work to his North Branch home in the Catskills for his noontime meal, Alanson Seager discovered that his ten-year old daughter was missing.

The little girl, identified by James Eldridge Quinlan in his 1873 History of Sullivan County as Mary, in a July 16, 1869 article in the New York Herald as Cynthia, and in other references as Cynthia M., had left the house that morning to take the family’s cows to pasture, and had not returned. A search party was organized and the girl’s body was soon located in the woods not far from the house, her head bashed in.

The girl’s head had been covered with a tree limb, in an apparent attempt to make it appear as if her fatal injuries had been caused by the limb falling on her. The searchers all agreed that the damage inflicted upon her head was much too severe to have been caused by such an event, and they soon discovered a number of peculiar heelless boot prints in and around the body.

Suspicion immediately fell upon one of the searchers, Alanson Seager’s brother-in-law, Noah Bigelow, who was known to wear that unusual style of boot.

Bigelow was 36-years old, and known throughout the vicinity as a worthless, though supposed harmless, man of inferior mental capacities. Quinlan writes that as a youth he was “turbulent and unmanageable” and often assaulted his own father.

“While yet a boy, he was struck by lightning, which seemed to infirm his weak mind,” Quinan wrote. “His brain was still further enfeebled by bad habits. After he married, he became almost helpless, and at the time of the murder, subsisted on the charity of his neighbors and the aid furnished by the Overseer of the Poor in Callicoon.”

In an extensive article about the crime, the New York Herald reported that Bigelow believed that his brother-in-law had been intimate with his wife prior to his own marriage to her, and wished to ruin the man’s daughter for revenge. When the little girl resisted his assault, he became enraged and beat her about the head with his cane.

When those who had discovered the girl’s body found that Bigelow had blood on his clothing, they decided that there was enough evidence to take matters into their own hands. They bound him and hanged him from a nearby tree, lowering him from time to time just before his death in an attempt to exact a confession from him. He continued to profess his innocence until his cane was examined and blood and flesh found embedded in it. Confronted with this fact, Bigelow finally admitted the murder.

“Intense excitement prevailed in the neighborhood for a time, and many were determined to execute the poor wretch as soon as a rope could be procured, but better counsel prevailed and he was consigned to jail in Monticello,” Quinlan wrote.

Bigelow was indicted on murder charges and went on trial the following May in Oyer and Terminer Court with Judge Charles R. Ingalls presiding. Sullivan County District Attorney Benjamin Reynolds prosecuted the case, assisted by Archibald C. Niven, while William J. Groo appeared for the defense, entering a plea of insanity.

The trial was relatively short and uneventful, and Bigelow was convicted. Judge Ingalls sentenced him to be hanged on July 15, 1869, and despite an appeal to the Governor by the defense and a subsequent mental evaluation of the murderer by three physicians, the sentence was upheld and carried out on schedule, utilizing a weight and pulley system erected in the courthouse.

Noah Bigelow had narrowly averted becoming a victim of Lynch Law, but could not escape due process. He was the third man hanged in Sullivan County, following Cornelius Hardenbergh (1842) and William Palmer (1852).

Photo of Judge Charles R. Ingalls presided over the 1869 murder trial of Noah Bigelow in Oyer and Terminer Court.