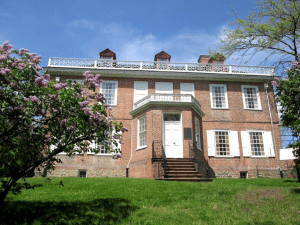 The Women of Schuyler Mansion explores the lives of their mother, Catharine van Rensselaer Schuyler, the five Schuyler sisters, and the women the Schuyler family enslaved. In this program, Serfilippi will take an in-depth look at the history of the Schuyler women, their daily lives, and the impact they had in shaping their family’s history.

Also, as part of the History Month series, Ashley Maready of the Erie Canal Museum will host for The Life and Times of DeWitt Clinton on Wednesday, October 21st at 1 pm via Webex. Heralded as the Father of the Erie Canal, Gov. Clinton navigated in the troubled economic and political waters of early America. Discover more about the fascinating life of and times of this remarkable New Yorker.

This program is free and open to the public via the online platform Webex. For more information or to attend a program, click here, call (518) 829-7516, or email SchoharieCrossing@parks.ny.gov.