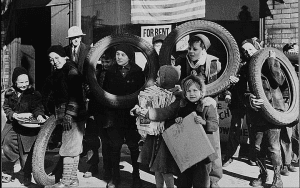 As neighborhoods in New York City and towns in New York State face a COVID-19 resurgence, it’s time to learn a lesson from New York’s past and marshal kids to combat the crisis.

Not only can school children play an important role in convincing adults to wear masks, wash hands, and maintain social distancing, activism will give young people a sense of efficacy during trying times where they feel isolated from friends, teachers, and extended family members. Enlisting our kids helped New York and the country address past crises and can again. 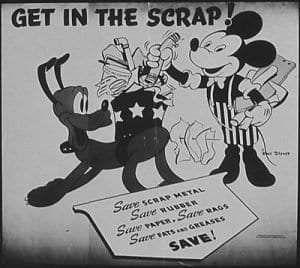 During the Second World War, children and teens planted Victory Gardens, purchased their own War Bonds, saved ration stamps by not wasting food, learned blackout procedures, helped prepare first aid kits for air raid shelters, and joined “Get in the Scrap” campaigns to collect and recycle essential material for military production. In the preface to a “Get in the Scrap” booklet distributed in September 1942, for teachers and students, President Franklin D. Roosevelt wrote:

“The boys and girls of America can perform a great patriotic service for their country by helping our national salvage effort. Millions of young Americans, turning their energies to collecting all sorts of scrap metals, rubber and rags, can help the tide in our ever increasing war effort.”

In New York City, Mayor Fiorello La Guardia, who was also President Roosevelt’s Director of Civilian Defense, announced a local aluminum scrap drive targeting household appliances like old coffee pots and frying pans. The Mayor called on school children and the Boy Scouts to join a “junior salvage army” that would pass along details of the drive to their parents and help collect scrap. 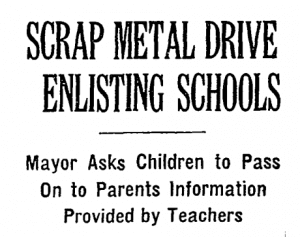 During the Cold War, the Federal Civil Defense Administration released “Duck and Cover,” a cartoon to teach children precautions to take in the event of a nuclear war. While the safety suggestions now seem a bit ludicrous, my younger brother and I did store boxes of canned food in a closet and staked out a location in the basement of our apartment building in the Bronx behind piles of newspapers where our family could gather if disaster occurred.

In January 1981, New York City faced a severe water shortage. Reservoirs in the Catskill Mountain watershed were at about 30% of their capacity, the lowest levels in almost two decades, and the water reserve was continually falling. The Delaware River Basin Commission declared a drought emergency and sharply reduced New York City’s allotment of the river’s water. A spokesman for the city’s Department of Environmental Protection warned that New York had only a 110-day supply left, which could mean dry faucets by May. Mayor Ed Koch declared a drought emergency, signed a measure increasing fines for wasting water, and enlisted the city’s kids as “deputy mayors” to help save water.

New York school children mastered social media and online communication during the spring and fall school closures. We need to unleash their creative talent creating health safety memes and videos and using Facebook, Twitter, TikTok and Instagram to educate adults about the need to take very safety precaution to prevent the spread of the Coronavirus.

Illustrations, from above: Chicago, IL provided by National War Museum; “Get in the Scrap” booklet; and Scrap metal headline from September 21, 1942 New York Times.