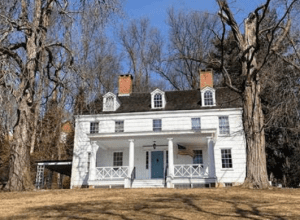 Preservation Long Island has announced the United for Libraries Literary Landmark designation for one of its historic properties, Joseph Lloyd Manor, an 18th century manor house in Lloyd Harbor, and a site of Black enslavement.

The designation honors Jupiter Hammon (1711– ca. 1806), one of the earliest published African American writers who composed his most well-known works while enslaved at the manor.

Jupiter Hammon’s life and writings offer a nuanced view of slavery and freedom on Long Island before and after the American Revolution. His works are especially significant because most literature and historical documents from the eighteenth century were not written from an enslaved person’s point of view. Hammon’s known works include at least six poems and three essays published during his lifetime. At Joseph Lloyd Manor in 1786, he penned “An Address to the Negroes of the State of New-York” and “An Essay on Slavery.”