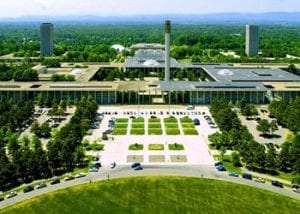 Artist to Artist brings together artists whose work has been previously presented at UAlbany for conversations about the arts in this time of the coronavirus pandemic, a reckoning on systemic racism, and civil unrest.

Three segments will air on the Writers Institute YouTube channel in October and November and each will feature an informal conversation between a visual artist, a writer, and a performer, combining powerful voices and compelling artistic practices that speak to current challenges.

According to an announcement sent to the press: “The goal of these artist-to-artist conversations is to shine a guiding light on difficult issues, share perspectives that could potentially lead to tangible solutions, and demonstrate the need for respect, empathy, inclusivity and basic humanity, all at the core of creative works of art and which are much needed in today’s society. The series addresses an urgent need for social and cultural dialogue in which we can all purposefully pause and connect.”

Each pre-recorded segment will be approximately one hour in length and will be available at no charge for use by faculty and accessible to the campus community and general public.

The airing dates and guest artists in each segment are as follows:

Baseera Khan is a Brooklyn-based artist and Muslim American who sublimates colonial histories through performance and sculpture in order to map geographies of the future. Khan exhibited at the University Art Museum in 2019 as part of the show ACE: art on sports, promise and selfhood.

Nassim Soleimanpour is an Iranian playwright, theatre maker, performer and artistic director of a Berlin-based theatre company. Soleimanpour’s works have been translated into more than 30 languages and performed globally in over 50 countries. His play White Rabbit, Red Rabbit had a nine-month off-Broadway run. It graced the stage at UAlbany with five performances in October of 2013.

Damon Young is a journalist, humorist and author of What Doesn’t Kill You Makes You Blacker, a memoir about surviving in a world where “existing while Black is an extreme sport.” He is also senior editor for The Root and co-founder and editor-in-chief of the online magazine, VerySmartBrothas. Young visited UAlbany in February 2020 as part of the Writers Institute’s Visiting Writers Series.

Alex Bradley Cohen is a Chicago-based artist employing the language of modernist painting to explore themes such as play, culture, identity, hip-hop and the intimate relationship between artist and sitter. Cohen exhibited at the University Art Museum in 2018 as part of the 3-person show Triple alongside work by Tschabalala Self and Louis Fratino.

Ibi Zoboi is the author of the powerful YA novel-in-verse, Punching the Air, about a boy who is wrongfully incarcerated and was co-written with prison reform activist Yusef Salaam of the Exonerated Five. She is also the author of Pride, My Life as an Ice Cream Sandwich and the National Book Award finalist American Street. Ibi visited UAlbany in February 2019 to discuss her edited anthology Black Enough: Stories of Being Young & Black in America.

Nana Kwame Adjei-Brenyah, a 2013 University at Albany graduate, is the author of the New York Times bestselling short story collection, Friday Black, a satirical look at what it’s like to be young and black in America. Friday Black won the PEN/Jean Stein Book Award and bestselling author Roxane Gay called it, “dark and captivating and essential… A call to arms and a condemnation.” Adjei-Brenyah visited UAlbany in October 2018 as part of the Writers Institute’s Visiting Writers Series.

Jade Solomon Curtis is a dance artist and choreographer. Curtis’s work integrates classical and African-American vernacular movements with mixed-media and hip hop culture. She collaborates with innovative artists to create socially relevant, multi-discipline work. Her signature piece “Black Like Me” had three performances at UAlbany in October 2019 as part of the University-wide 400 Years of Inequality Observance.

Ashley Teamer is a New Orleans based multimedia artist. Her dynamic wall-works employ painting and collage materials such as WNBA trading cards and a variety of sports imagery to explore Black femininity, athleticism, and community. Teamer exhibited at the University Art Museum in 2019 as part of the show ACE: art on sports, promise and selfhood.

More information on the series and links to the segments can be found online.