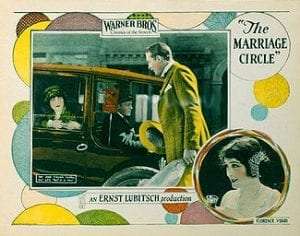 The Park Theater in Glens Falls, in partnership with the Chapman Museum, is set to presents “The Marriage Circle” featuring live musical score by Ben Model, via YouTube livestream on September 10th.

Ben Model is one of the nation’s leading silent film accompanists, and performs on both piano and theatre organ. This virtual event will feature live accompaniment to the silent film, “The Marriage Circle” (1924). Directed by Ernst Lubitsch, “The Marriage Circle” was written by Paul Bern and based on the play “Nur ein Traum (Only a Dream)” by Lothar Schmidt (1909). The film centers around the trials and tribulations of marriage and infidelities.

“The Marriage Circle” features American-born silent film star, Esther Ralston, who lived in the Glens Falls area during the 1970s.

The livestream will begin at 7 pm with a presentation by the Chapman Museum. It will feature images and news articles from Glens Falls during the 1910s and 20s, and will highlight the bustling 20s theater scene in our area following the Spanish Flu pandemic of 1918.

Tickets are $15, the event link will be sent to attendees 30 minutes prior to the performance.