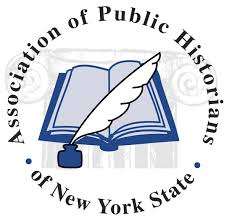 April 11, 1919, New York Governor Al Smith signed the “Historians Law.” The first law of its kind in the United States, the Historians Law allowed for every village, town, and city in the state to have a municipal historian to gather and preserve historical records.

The Association of Public Historians of New York State (APHNYS), the organization for the state’s municipal historians, is set to host its first virtual annual meeting and conference on Monday and Tuesday, September 21-22, 2020.

All sessions of the APHNYS annual meeting and conference will be held using Zoom. The event is free for all APHNYS members and officially appointed government historians, but pre-registration is required.

§57.09 of the NYS Arts and Cultural Affairs Law requires all appointed Local Government Historians to “make an annual report, in the month of January, to the local appointing officer or officers and to the state historian of the work which has been accomplished during the preceding year.”