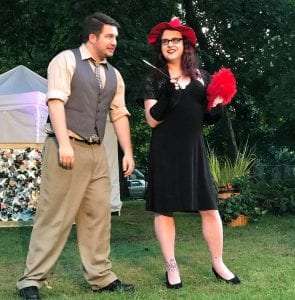 The Albany County Historical Association has partnered with Confetti Stage to present “A Summer Afternoon’s Dream: Shakespeare Monologues in the Ten Broeck Gardens,” set for Saturday August 22 from 2 to 3:30 pm.

The event will feature some of Shakespeare’s most memorable scenes, performed in the gardens of the Ten Broeck Mansion.

Confetti Stage is a Capital District nonprofit theater group founded in 2004. The Ten Broeck Mansion was built in 1798 for Abraham and Elizabeth Ten Broeck.

The Albany County Historical Association was founded in 1942 to preserve, present, promote, and interpret the stories of the rich and diverse history and culture of Albany County. Its nearly four-acre museum site includes the Mansion, gardens, and exhibit and gallery space at King’s Place.