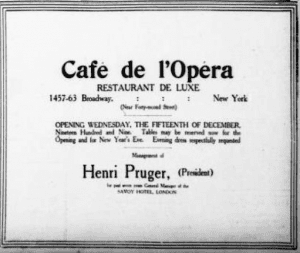 In economic terms, the Western world made its fortune after the Industrial Revolution(s). Money became the deity of the age. But in the words of John Ruskin, “wise consumption is far more difficult than wise production.”

In the race for material prosperity, the idea of social purpose was lost or forgotten. By the beginning of the twentieth century, both in Europe and America, collective aimlessness deteriorated into vulgarities of excess.

In 1908, the eight-floor Saranac Hotel at the corner of Broadway and 41st Street in New York was taken over by a group of investors led by architect Henry Erkins and restaurateur John Murray. Millions of dollars were made available to transform the hotel into an exotic Babylonian-inspired restaurant. Opened December 14, 1909 with a private dinner for 150 invited guests, the Café de l’Opéra was the talk of the town.

In this era, the classic way to spend a night on Broadway began with cocktails, followed by a visit to a show, and ended with a meal in one of the extravagant local “lobster palaces.” The Café offered a standard of dining opulence never seen before in the city of New York.

Some 18,000 electric lights turned Broadway into a “Great [Gay] White Way.” The establishment was said to contain the largest single carpet ever laid. One million sheets of gold leaf were used in the decorations. There were 200,000 pieces of silverware, 60,000 glasses, 100,000 pieces of China, 250,000 linen items. In every aspect of design and presentation the venture was developed to profusion. The New York Tribune described the project as “nearly barbaric in its lavishness.”

A staff of 750 was hired and renowned chefs were brought over from Europe. To run the Café de l’Opéra, the owners installed Hungarian-born Henry Pruger [Prüger]. Formerly employed as general manager at London’s Savoy Hotel, he was tempted by a $50,000 salary (then believed to be the highest annual fee ever paid to a restaurant manager). Having worked in various major hotels, Pruger had gained an international reputation as an hotelier and consultant. He masterminded the construction of “floating hotel palaces” such as the Titanic.

Less than six months after opening, the undertaking was bankrupt. On July 28, 1910, newspapers reported the grand auction of its furnishings. Six months after arriving in New York, Pruger headed back to Europe.

Henry Pruger was accustomed to initiating extravaganzas. He had been responsible for hosting what probably remains the most ludicrous event ever to occur at the Savoy Hotel or any other London establishment.

Born in Mobile, Alabama, wine importer George Alexander Kessler – widely known as the “Champagne King” – lived in an apartment on Fifth Avenue, Manhattan. A man of standing and enormous wealth, he was famed for throwing grandiose parties. He was also a master of self-promotion. In London, July 1905, he organized a function in honor of King Edward VII’s birthday which was reported as the “Gondola Party.”

The Savoy’s central court was filled with water to recreate a Venetian canal scene with two dozen guests dining in a huge (stationary) gondola strewn with 12,000 carnations. Painted scenery around the courtyard represented local palazzos. Fishes were added to the water and swans swam around the artificial pond. Above the guests a hundred white doves were released. Unfortunately, the blue water coloring turned out to be poisonous. While the festivities continued with a free flow of champagne, dead fish and feathers were scooped out of the water.

Three lions carved out of ice carried various trays of peaches and glace fruits. The evening climaxed with a performance of “O Sole Mio” by the celebrated Neapolitan tenor Enrico Caruso. The musical interlude was followed by the entrance of baby elephant Jumbo Jr (borrowed for the occasion from London Zoo) carrying a huge birthday cake on its back. The party setting was recorded on canvas by Fortunino Mantania, a painter who had moved to London from Naples in 1902. 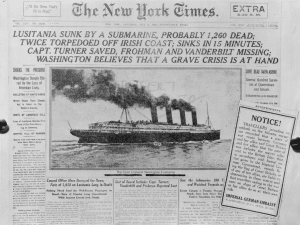 By the early twentieth century, the White Star Line, the French Line, the Hamburg-America Line, the Holland-America Line, and the Cunard Line were competing for domination of the oceans. Each tried to outdo the other in the design of superstructures. Size, speed, and luxury were the ultimate criteria. Grandeur was a means of attracting the traveling rich. The aim was to make first class passengers forget they were at sea during the long journey. This was achieved by creating an environment akin to that of grand hotels.

Charles-Frédéric Mewès, planner of luxury hotels in London, Paris, Madrid, and San Sebastian, was hired by the Hamburg-America Line to design their ships. The same company tapped César Ritz to operate the restaurants on their liners. First-class accommodation was conceived to appeal to the demands of an American clientele. A hint of royalty or a sniff of European aristocracy went down well with self-made millionaires who were eager to raise their social profile.

Launched in 1906 by the Cunard Line, the Lusitania held the Blue Riband appellation for the fastest Atlantic crossing and was briefly the world’s largest passenger ship.

In the first week of May 1915, on the liner’s 202nd trans-Atlantic crossing, George Kessler sailed back from a business engagement in London to New York. In spite of the threat of submarine attacks in open waters (the German Embassy had placed a warning in American newspapers that vessels “flying the flag of Great Britain or of any of her allies” were liable to destruction), he had no reservations about traveling. It was rumored that he carried with him two million dollars in cash and securities. 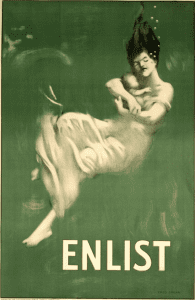 The Lusitania was torpedoed by a German U-boat off the coast of Ireland and sunk in just eighteen minutes. Almost 1,200 people died in the disaster, many of whom were American citizens. The Germans argued that the liner was a legitimate target as she was carrying hundreds of tons of weapons and ammunition.

The attack was received with outrage in America. Theodore Roosevelt demanded swift retaliation, but President Woodrow Wilson proceeded with caution and maintained neutrality for the time being. It divided the nation. Numerous campaigns turned public opinion against Germany, but it was not until April 1917 that Congress voted to declare war on the Central Powers.

Kessler survived the sinking of the Lusitania. The fight for life in the freezing waters of the Atlantic would change his outlook and behavior. Once recovered from the ordeal, he decided to devote himself to a humanitarian cause. Having experienced the horrors of mechanical warfare from close-by, he set up a charity that supported Allied soldiers who had been blinded in action. He later befriended deaf and blind author Helen Keller and together they established a research group that would become the ongoing Helen Keller International organization.

Within a period of five years much had changed in the world. In New York, the Café de l’Opéra went bust; its manager Henry Pruger established a grand hotel in Bratislava, but his life went downhill (he eventually committed suicide); the mighty Titanic hit an iceberg; having survived the sinking of the Lusitania, aimless magnate George Kessler found a purpose in life by establishing the Blind Relief War Fund. The age of excess had taken its toll.