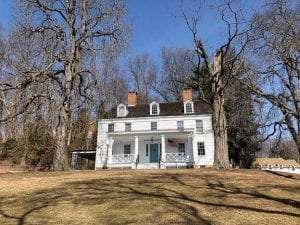 Preservation Long Island has announced a series of public roundtable events to be streamed as part of The Jupiter Hammon Project. This multi-year initiative aims to expand interpretive and educational programming at the Joseph Lloyd Manor, an 18th century manor house in Lloyd Harbor, and a site of Black enslavement that is owned and operated by Preservation Long Island.

The goal of the project is to engage the site more fully to reflect the multiple events, perspectives, and people that shaped the house’s history including Jupiter Hammon (1711– ca.1806), an African American author who composed his most well-known works while enslaved at the house.

Jupiter Hammon’s life and writings offer a view of slavery and freedom on Long Island before and after the American Revolution. His works are especially significant because most literature and historical documents from the eighteenth century were not written from an enslaved person’s point of view.

The core component and first phase of the Jupiter Hammon Project begins with a series of three facilitated public forums with a panel of national experts to discuss the legacy of enslavement on Long Island, Jupiter Hammon’s life and work in that context, and how these ideas can be interpreted at a historic house museum. The moderated discussions will be followed by a series of virtual break-out sessions, allowing project stakeholders to reflect on and respond to the conversation.

The three public roundtables are scheduled for the late summer and fall of 2020 (links to event details provided below).

Following the roundtables, participants will have the opportunity to participate in “Office Hours” programs with each expert panelist for individual Q&A’s and a deeper discussion about the topics presented during the roundtable.

Preservation Long Island hopes the Jupiter Hammon Project can serve as a case-study model for other sites of enslavement in the region to learn from as they transform their own interpretive narratives and programming.

In the lead up to the public roundtables, Preservation Long Island has created a comprehensive Jupiter Hammon Resources page that provides links to original historic documents, including digital access to some of Hammon’s original handwritten works as well as a selection of interactive databases, websites and academic resources.

Why did Long Island have one of the largest enslaved populations in the North during the 17th and 18th centuries?

What do Jupiter Hammon’s writings tell us about him as an educated individual surviving within the structure of enslavement?