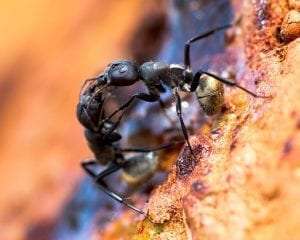 I imagine there was a lot more hand-wringing prior to the Covid-19 lockdown in Switzerland as compared to other countries, because since 2008 it has been a federal crime there to isolate social animals. Makes you wonder if Swiss authorities have brought charges against themselves yet, or whether they’re waiting until after the crisis lets up.

For social animals from elephants to ants, contact with others of their kind is as essential to well-being as food and water. In fact, a 2015 Brigham Young University study found that loneliness may be a greater human health risk than smoking and obesity combined.

Not everyone responds the same to isolation, and a small percentage of people prefer a hermit-like existence. On the flip side, one can feel lonely while surrounded by others if emotional connections aren’t there. While loneliness is an issue for elders, young adults report the greatest feeling of social isolation. This sense declines in middle age, and rises again in the elderly.

Though research has strengthened the thought that isolation causes poor health, the idea is not new. People have long noted the correlation between loneliness, and illness and early death. Author Sadie F. Dingfelder, writing in the American Psychiatric Association Journal in November 2006, bluntly states “Loneliness kills, according to research dating back to the 1970s.” Dingfelder notes that animal studies show a lowered immune response in rats isolated from their peers. An interesting side bar is that female rats were more resilient than males when faced with acute stress, something also seen in humans.

Long-term isolation is especially bad. Amnesty International says “the practice of holding prisoners in prolonged solitary confinement…is in violation of international law.” Figures on isolation length are not well known, but in one Colorado prison, the average was 8.2 years. Of the estimated 75,000 US prisoners now in solitary confinement, Amnesty spokesperson Erika Guevara-Rosas said “You cannot overestimate the devastating impact long periods of solitary confinement can have on the mental and physical well-being of a prisoner.”

Obviously, we are not the only social animal that suffers when separated from others. The renowned animal researcher Dr. Temple Grandin contends that “All domestic animals need companionship. It is as much a core requirement as food and water.” Many biologists contend that evolution selected for social behaviors like grouping, altruism, fairness, and reciprocity in lots of species. The phrase “survival of the fittest” has nothing to do with physical strength – it simply means living long enough to reproduce.

Risking one’s hide to defend the collective will benefit the individual. Sharing food within a kinship group increases the chances they’ll return the favor when it’s you who strikes out at the fishing hole or hunting ground.

As an example of the need for socialization, when dogs do not get adequate social bonding and companionship they become distressed. Signs of isolation stress in dogs include destructive behavior and a refusal to eat, as well as prolonged vocalizing, pacing, chewing or licking.

Cattle need friends too. A 1997 study published in the journal Physiology & Behavior showed that an isolated cow’s heart rate and blood cortisol levels rise. But in the presence of other cattle, a previously isolated cow calms, with behavior and blood markers for stress returning to normal.

A 2015 study of small social animals – ants to be exact – published in the journal Behavioural Ecology & Sociobiology concluded that “Social isolation causes mortality by disrupting energy homeostasis in ants.” In plain language, lonely ants die young. Ants that were allowed to socialize lived more than ten times longer than isolated ants, although researchers do not know precisely why. Isolated ants tend to pace around more, and do not digest food well. One hypothesis is that social interactions release chemicals related to ants’ digestion. And if you think ants are too small to get lonely, studies suggest that cells prefer company, with isolated ones petering out sooner than cells grouped together.

The larger point is that we need to reach out more, both for our own health and that of our family, friends and neighbors. Though in-person visits are ideal, these days we have to make do with virtual contact. Even a dating App like “Tinder” might help relieve isolation. If your ant comes up, though, definitely swipe left.