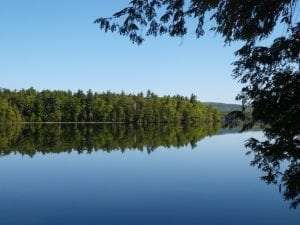 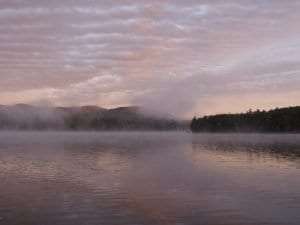 Long Pond Conservancy was formed in 2013 to preserve the beauty and uniqueness of this Adirondack lake. Instead of becoming its own non-profit organization and because its mission aligned with CATS, they joined together to accomplish shared goals.

“My grandmother originally bought most of the western shoreline in 1960 to prevent its development,” LPC board member and Vice President Sharp Swan said in an announcement sent to the press. “Over the years the land got whittled down. I thought that my grandmother’s intent to keep that shoreline free of houses should be honored, so, a few concerned preservationists of Long Pond got together and formed LPC.”

Seven years later, Long Pond Conservancy attained success by raising the $230,000 needed to buy the 48 acres with the help from residents near and around Long Pond, concerned conservationists, and families associated with the nearby Pok-O-MacCready Camps. CATS provided guidance and some financial support by obtaining grants from the Kelsey Trust and the Cloudsplitter Foundation.

“This is a unique property,” said Adirondack conservationist Peter Paine. “These West Champlain Hills represent one of the most diverse natural communities in the whole of the Adirondack Park. That’s why this land was worth saving from development and preserving for the future.” 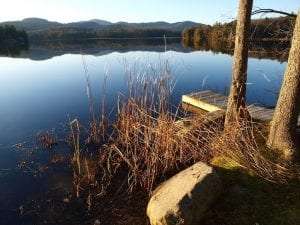 LPC board member Mona White, who has lived near Long Pond for thirty years, and whose family ties reach back to 1905, said, “It is wonderful news that 48 acres of the western shore of Long Pond are now protected from development. I want to thank all those who contributed and made this possible.”

Trails on Long Pond’s western shore are expected to be completed by the summer of 2021.