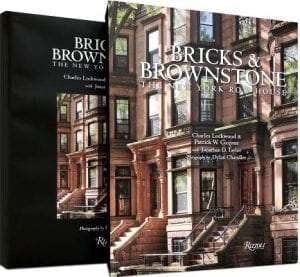 The Preservation League of NYS has announced a conversational event with author and League Trustee Patrick Ciccone, who will discuss the recent reissue of the classic book Bricks & Brownstone: The New York Row House.

This free event will take place via a Zoom webinar on Thursday, June 25 at 4 pm.

Bricks & Brownstone is the new edition of the classic history of the New York row house. First published in 1972, the original book by Charles Lockwood became known as the Brownstone Bible, the authoritative work on the history and architecture of New York’s row houses and brownstones.

Patrick W. Ciccone is a New York City-based preservationist who has led major historic rehabilitation projects in Manhattan, Brooklyn, upstate New York, and Pennsylvania, and is a trustee of the Preservation League of New York State.

More information on the Preservation League of New York State can be found on their website.