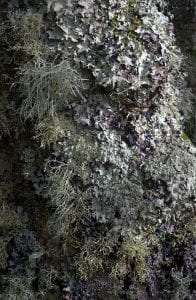 The high school I attended was too small to have football or track-and-field, which was no great loss, as the only sport I have ever been good at is jumping to conclusions.

We all know correlation does not equal causation, but when appearances point to a culprit, it’s hard to resist. If a baseball just smashed through your window and there’s a kid with a ball glove out in the yard, most of us would not feel any need to investigate further.

Every landscape tree has a rough life, beset with hardships not faced by its forest-dwelling peers. When chronic stress catches up with one and it declines and dies, I often hear from homeowners about the beetles, ants, mushrooms or what-not (mostly what-not) found near the crime scene, that they have convicted for tree’s death. Usually by that point, some type of poison has been applied to punish the alleged transgressors and keep them from destroying the whole neighbourhood.

The truth is that it’s extremely rare for an insect or pathogen to be the sole reason for a tree’s demise, and very unusual for a single agent to be even a primary cause. Any critters seen on dead or dying trees are generally just cleaning up, or possibly just passing through. But dang, they sure look guilty as heck. Unfortunately, the “wrong place, wrong time” defense is useless without a good lawyer.

One of the more common observations I hear in regards to a declining tree is that as branches die, tufts of “moss” can be seen accumulating on them. Many people decide this stuff is an evil tree-killer. Similar in appearance to some mosses, the “guilty by association” organism is actually a lichen. It will thrive on just about anything left out in the weather. Lichens are just as happy growing on rocks, and they do not kill those things – I’m fairly sure, anyway. The reason lichens don’t need to take energy from a tree or rock is that they make their own food.

The lichen is a kind of mutt – they’re not plants, yet they photosynthesize. I’m not sure if it’s on its mother’s or dad’s side, but lichen is half-algae. As we know, algae have chlorophyll and make their own food from sunlight, but need a moist place to hang out. All by itself, algae wouldn’t last long on a rock or tree branch. The other half of lichen’s family tree (so to speak) is a fungus, which is good at holding moisture but can’t make its food. Somewhere along the line these two made a deal.

“Alice Algae and Freddie Fungus took a lichen to each other,” as my Biology Professor once said. It is one of those relationships wherein both parties benefit equally. This arrangement is called symbiosis, which is a handy, though in most jurisdictions not legally binding, partnership.

So how come lichens show up as a tree dies back? Plants and lichens both need sunlight. A healthy branch packed with foliage will shade lichens, restricting their access to light and keeping them small. As a branch declines, its foliage thins out and lets in more sun, and as a result, lichens grow tremendously. In this sense, they are victims of circumstance. Also in their defense, lichens are sensitive to high levels of pollution, and are thus indicators of good air quality.

This dynamic can be seen on a small scale each fall after deciduous trees shed their leaves. Over the winter lichens grow a bit, expanding when daytime temperatures get above freezing. In the spring they shrink back as tree leaves again overtake them.

When something looks obvious, you may feel silly looking for other causes. I mean it’s pretty far-fetched to think the kid in the yard isn’t guilty of throwing the ball through your window. There may be a chance it’s a holographic decoy to get you out in the open so aliens can suck you into their spaceship. I’m guessing it’s a very small chance, but that’s not my area of expertise.

So when a favourite tree appears to be consumed by “moss,” don’t be fooled. Lichen or not, things are not always as they appear.