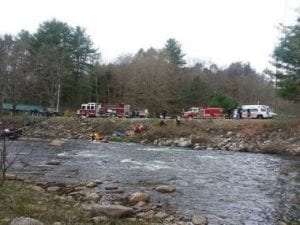 On Monday, May 4 at 12:30 pm, while conducting a fly-over patrol, New York State Police Aviation noticed a vehicle in West Stony Creek  in the Town of Benson, in Hamilton County.

State Police notified DEC Forest Ranger Lt. Dave Kallen, who responded to the location and found a 61-year-old man from Northville trapped in a vehicle about 25 feet from shore down a 15-foot embankment. 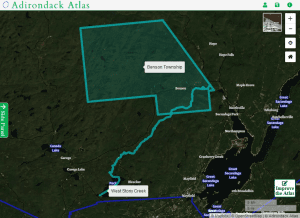 Once on shore, emergency personnel put high angle rescue rigging in place to get the man up the steep embankment to a waiting ambulance.

The ambulance transported the man to a helicopter bound for a nearby hospital. At 1:40 pm, the incident concluded.

Environmental Conservation Officer Jason Hilliard reported that checked for any environmental hazards such as debris and possible leaks from the damaged vehicle.