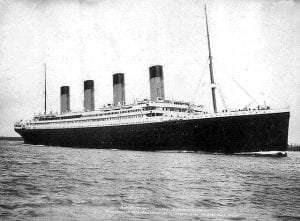 Every spring Staatsburgh State Historic Site, which includes a Beaux-Arts mansion designed by McKim, Mead, and White and the home’s surrounding landscape in the Ogden Mills & Ruth Livingston Mills State Park in Dutchess County, NY,  offers tours of the mansion commemorating the tragedy of the Titanic disaster.

This year, with the ongoing pandemic, the historic site has instead released some online content about the Titanic that can be accessed from home.

A new essay on the Staatsburgh blog by Site Educator, Don Fraser, discusses dining and cuisine on the ship; one of three essays he plans to share this month.

Staatsburgh recently posted a video which examines the connections between the Titanic and the Mills family. Appearing in the video are several of the Titanic reproductions at the site including a life vest and an officer’s jacket.