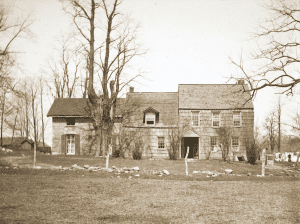 During the American Revolution (from July 6 until August 18, 1781), the Odell House in the present Westchester County hamlet of Hartsdale served as the headquarters of Marshal Jean-Baptiste Donatien d e Vimeur (comte de Rochambeau).

Nearby fields and hills in the current Town of Greenburgh accommodated approximately 6,000 soldiers in the French expeditionary forces under his command.

As these French soldiers sheltered alongside 4,000 Continental troops in what became known as the Philipsburg Encampment (property once owned by the prominent Philipse family), General George Washington met with his French counterpart to plan their strategy to drive the British from America. Concluding that they would not be able to defeat the overwhelming British forces stationed in Manhattan, Washington and Rochambeau arrived at the momentous decision to march south to Yorktown, Virginia, with their combined forces.

Rochambeau and Washington discussed their plans in the 1732 and 1760 portions of the Odell House. The 1732 construction (middle section) was built the same year as Washington’s birth. The 1760 expansion is located on the east side of the original farmhouse. At the time, the house did not feature a second floor. This expansion was added during 1785. The two early portions of the Odell House feature a wood-frame construction with cedar wood shingles on a fieldstone foundation. The two-story stone structure on the west side of the home was added between 1853 and 1855. 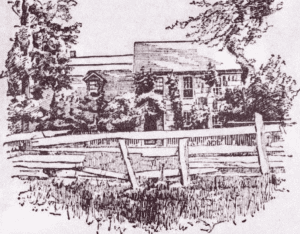 The dwelling has deteriorated considerably since 1965 when the last Odell family member deeded the house to the Sons of the American Revolution. During July 2019, the town agreed to accept the deed to the property for one dollar. Greenburgh Town Supervisor Paul Feiner and SAR chapter president Bob Stackpole signed the agreement. That transfer was finalized on March 4, 2020. The contents of the house, for the moment, remain the property of the Sons of the American Revolution.

Though considerable stabilization and preservation are required prior to opening the farmhouse to the public, restoration efforts will not be forced to address modern intrusions. The structure lacked modern conveniences—no pipes for heat and water, and only one electrical wall outlet. The site was added to the National Register of Historic Places during 1973.

Tarps now cover the roof to prevent further damage to the structure. While holes in the siding and broken windows exposed the house to the elements for several years, engineers determined that the planned repairs would preserve the structure. The house features the original floors and the mantle that witnessed the meetings between the American and French generals.

Restoration of the farmhouse is scheduled to begin immediately, according to Susan Seal, the founder and president of the 501(c)(3) nonprofit Friends of Odell House Rochambeau Headquarters. A retired real estate specialist and former president of the Westchester County Historical Society, Seal indicated that the Friends group already is raising funds, planning events, generating publicity and writing grants. The Town of Greenburgh received a $600,000 matching grant from New York State for the restoration.

Donations and volunteer inquiries can be made through the website, the Friends Facebook page, email to odellrochambeau@gmail.com or by writing to Friends of OHRH, 14 Rochambeau Drive, Hartsdale, NY 10530.

“Each section of the house is in its original condition,” said Seal, “and that includes the floorboards, fireplaces and molding. I feel so strongly that we need to preserve this site, which also is a rare example of an 18th century farmhouse with its original details intact, and make it accessible to the public. Our plan is to ensure that it is open to the public by 2026. Our goal is to educate present and future generations about the critical role this house played in our nation’s successful struggle for freedom during the Revolutionary War.” 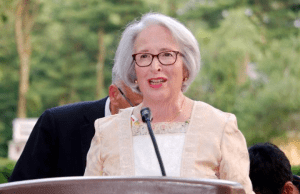 Seal also is seeking support from French resources. The French Consul General visited the Odell House last summer and she expressed interest to assist with preservation. Seal will apply for a grant from the French government.

Following the French Revolution, according to Seal, “a lot of the heritage from France in the 18th century was destroyed, so many historical artifacts are missing. Now, they realize that documentation does exist, but not in their country. The history is in Rochambeau’s letters and several journals written by French soldiers when they were here in Harstdale, and we have this written documentation here in Westchester.”

Seal added that “everyone we’ve spoken to is excited to be able to experience this marvelous moment when the French helped us gain our independence. Besides its importance to our history, this site will be a focal point to rekindle American-French friendship. It could also become a major attraction for French tourism in the New York area.”

Cooperation and publicity for the Odell House preservation effort has been provided by the volunteers and officers of Revolutionary Westchester 250, the local nonprofit organization working alongside the national, state and regional project that will commemorate the United States Semiquincentennial (or Quarter Millennial) of the American Revolution during 2026. “We are confident our grassroots network across the county and region will help draw attention to this significant site,” said RW250 President Constance Kehoe.

RW250 is building awareness and appreciation for Westchester County’s revolutionary era history. The organization’s website and Facebook page publicize news about local events and preservation projects focused on Revolutionary War history in the county. RW250’s well-attended programs for both families and history enthusiasts have been held across the county since 2018.

The Town of Greenburgh and the Friends are planning an Odell House Colonial Day at Ridge Road Park on Saturday, June 14, to showcase and experience life in 18th century Greenburgh. The park is located at 287 Ridge Rd, Hartsdale, NY 10530.

Photos, from above: The Odell House as it appeared during the early part of the 20th century {courtesy Westchester County Historical Society); Pen and ink drawing of Odell House that was published in the New York Tribune during 1896; The Odell House today; and Susan Seal (all courtesy Friends of Odell House Rochambeau Headquarters).

Initially a broadcast journalist, Mike Virgintino currently is a marketing communications executive who has directed corporate, nonprofit and product branding initiatives that rely on public relations, public affairs, corporate social responsibility, community relations and related strategies. Mike also is an historian who writes about diverse topics and provides communication services for historical sites and organizations. He is the author of Freedomland U.S.A.: The Definitive History. Published by Theme Park Press, the book is available on Amazon and at many other online retailers.