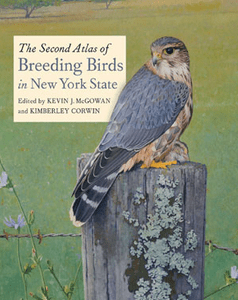 State Department of Environmental Conservation (DEC) has announced a call for citizen science volunteers to help in the development of a comprehensive, statewide survey that takes place every two decades to detail New York’s breeding bird distribution.

Starting in 2020, five years of field surveys will be conducted by volunteers and project partners to provide the data that will be analyzed to create the third New York State Breeding Bird Atlas.

New York is expected to be the first state in the nation to implement a third breeding bird atlas. In addition to detailing the current distribution of breeding birds in the State, the data can be used to evaluate trends in distribution and species abundance, as well as assess the response of various species to climate change. These changes in distribution help identify species that may be in trouble and allow for the development of management programs to help address those declines.

The last atlas was published in 2008, with information on its results available on DEC’s website. Five years of fieldwork by more than 1,200 contributors provided the data for the second addition to New York’s understanding of the state’s avifauna (birds).

A comparison study between the first two atlases showed that the distribution of 129 species moved northward an average of 3.58 kilometers due to climate change. The 2020 atlas will provide further data on this shift and climate change’s potential impact on wildlife.

To participate, volunteers can make a free eBird account and submit data online through the atlas website or via the eBird mobile app. Simply record the species and any breeding behaviors observed. All sightings can count. As observations are reported, data can be viewed on the atlas website.