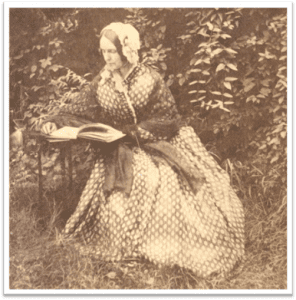 Although often overlooked under of the national shadow cast by Secretary of State William Henry Seward, the women of the Seward family contributed greatly to the spirit of reform that swept through mid-19th century New York State.

Mrs. Frances Seward, for example, worked to gain property rights for women in New York and made several contributions towards womens suffrage.

The Oneida County History Center is set to host Seward House Museum Director of Education Jeffrey Ludwig, who will speak on the largely unknown legacy and story of Frances Seward. This event is free and open to the public, and takes place in the History Center’s main gallery on Saturday, March 7th, starting at 1 pm.

Jeffrey Ludwig has been the Director of Education at the Seward House Museum since 2015. Previously an instructor of History at SUNY Geneseo, Jeffrey holds a PhD in American History.

Located in downtown Auburn, N.Y., the Seward House Museum is the historic home of William Henry Seward and his family.

Serving as a New York State Senator, Governor of New York, a U.S. Senator, and as Secretary of State in the Lincoln and Johnson administrations, Seward was one of the foremost politicians of nineteenth century America. A National Historic Landmark, the site houses one of the largest original Seward collections in the United States.

This event will be at the Oneida County History Center is located at 1608 Genesee Street, Utica. For more information, call (315) 735-3642 or visit their website.