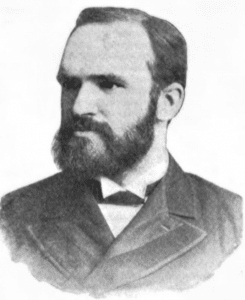 North Country native Melvil Dewey was obsessed with order from the time he was young. At the age of 5, he would alphabetize the spices in his mother’s pantry. He was preoccupied with numbers, lists, rules and efficiency.

This obsession helped change the way we categorize information across the world with the invention of the Dewey Decimal system, which is still in use today at libraries in 150 countries worldwide. He also founded the Lake Placid Club and was instrumental in helping to bring the 1932 Winter Olympics to the region.

At the same time, Melvil Dewey is a problematic figure. Just this past year, the American Library Association voted to drop his name from its highest awards, the Melvil Dewey Medal. Although Melvil Dewey himself founded the organization, the resolution called for the removal of his name from the award, due to behavior he demonstrated for “decades” does not represent the “stated fundamental values of ALA in equity, diversity, and inclusion.”

In this episode of the Second Look podcast hosts Christina Knott and Kelly Burdick talk about the incredible contribution of Melvil Dewey as well as the controversy that continues to shroud his legacy.