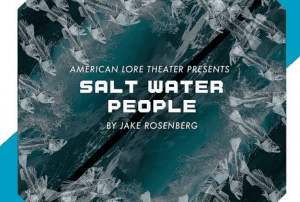 The Oyster Bay Historical Society has announced a staged reading of “Salt Water People” by American Lore Theater has been set for Sunday, November 3rd, at 2 pm. This event is part of the Waterfront Heroes exhibit, celebrating those who preserve New York’s maritime heritage.

The play, by Jake Rosenberg, loosely based on Peter Matthiessen’s book, Men’s Lives, focuses on the plight of the Baymen of Long Island, and of the Bonackers, descendants of one of the oldest European settlers on Long Island, and their unique and rapidly fading American English dialect.

Admission to the event is free of charge. The Oyster Bay Historical Society is located at 20 Summit Street, Oyster Bay. More information is available online.