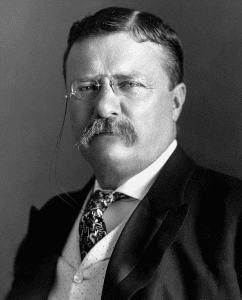 The Theodore Roosevelt Institute’s Centenary Conference, where nationally recognized experts and scholars will discuss how Roosevelt’s diplomacy, foreign policy and reformism address current geopolitical issues, has been set for October 27th, through 30th, at the Long Island University.

This conference provides an opportunity to explore the professional and private life of an icon of American history and to commemorate 100 years since the passing of President Roosevelt.