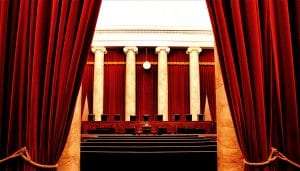 The case began when Frederick Allen, a videographer, sued North Carolina for copyright infringement. Allen also asked the court to declare a 2015 state law unconstitutional, claiming the law was passed in bad faith.

The case came on a writ of certiorari to the United States Court of Appeals for the 4th Circuit. The Supreme Court will decide whether Congress validly abrogated state sovereign immunity via the 1990 Copyright Remedy Clarification Act, in providing remedies for authors of original expression whose federal copyrights are infringed by States.

To date, state repositories have enjoyed some protection from copyright suit due to sovereign immunity, and therefore have been willing to shoulder some additional risk when exercising fair use. Archival advocates say this case could upset this balance.

The brief filed by SAA and others seeks to recognize the special role that state-owned archives and libraries have in preserving culture. You can read the full brief and more information about copyright prepared by SAA’s Intellectual Property Working Group.

The Eastern District of North Carolina rejected the state’s motion to dismiss, and the 4th Circuit reversed and remanded the district court’s ruling. Allen v. Cooper is scheduled for argument on November 5, 2019. A full history of the case is provided at the SCOTUS Blog.