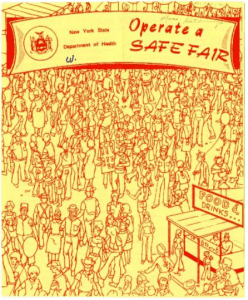 The exhibit features documents from New York State Department of Health Commissioner’s Office, and highlights the role that State Government played in helping the organizers of the festival prepare for the 50,000 people that they expected to attend and the lessons that were learned from the experience.

The festival attracted over 400,000 daily. In the aftermath, state officials examined the delivery of services during the festival and analyzed how the activities were handled. The records describe specific aspects of health and sanitation services in great detail with some surprising touches of humor.

More information on the New York State Archives is available on their website.