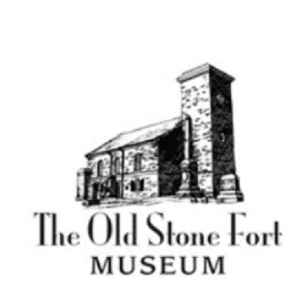 Visitors and guests can peruse local artifacts and history or take in a public program, experience the grounds, and view the historic buildings at the Old Stone Fort complex.

The fort itself was built in 1772 by Palatine settlers in the Schoharie Valley as a High Dutch (German) Reformed Church. Later, during the Revolutionary War, the building was converted to use as a Fort. During the 1780 raid by the British, local inhabitants defended the Schoharie Valley – many of their descendants still live in the area today.

Later, in 1857, New York State purchased the fort and made some modifications to the structure in order to utilize it as an armory during the Civil War. In 1873, NYS turned the building over to Schoharie County for preservation. The Historical Society was chartered in 1889 and has operated as a museum ever since then.

The Old Stone Fort was nominated to the State and National Registers of Historic Places in 2002. County and Museum administrators would like to understand the current condition of the building before proceeding with further repairs or maintenance, as areas of concern have already been identified.

The County of Schoharie is one of this year’s Preserve New York (PNY) grantees. Their grant of $3,968 will allow Schoharie County and the Historical Society to hire Mesick Cohen Wilson Baker of Albany to complete a building condition report of the Fort. The report will help guide future maintenance efforts to ensure that this important building stays in use for years to come. Preserve New York is a regrant partnership between the New York State Council on the Arts (NYSCA) and the Preservation League of NYS. PNY enables the Preservation League to support projects in all of New York’s 62 counties.