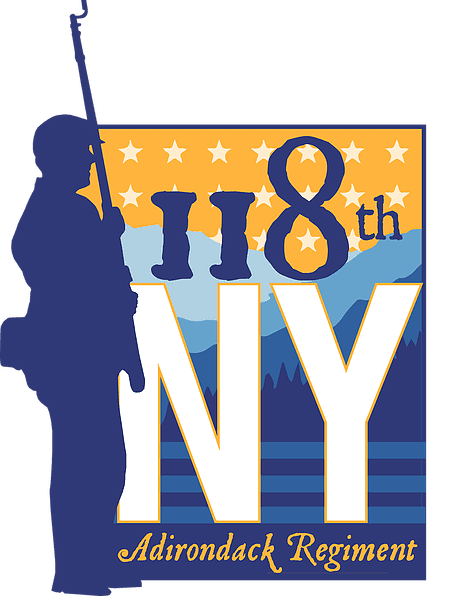 The 118th NY Volunteer Infantry, the Adirondack Regiment, was formed in 1862 from over 1,000 men from Clinton, Essex and Warren counties. They were present at the surrender of Robert E. Lee at Appomattox.

While celebrating and memorializing the Adirondack Regiment, re-enactors are set to demonstrate various Civil War period military and civilian impressions in Lake Luzerne during events September 7-8.

Food vendors and regional organizations affiliated with Civil War research and historic preservation will be present. The event will feature an encampment by 118th Adirondack Infantry Regiment re-enactors with camp tours and canon fire; a Civil War beard and hairstyle contest; 19th century tin-type photography; music; a community campfire; and a memorial service and roll call at Luzerne Cemetery.

The headquarters of the event will be Butler Park in Lake Luzerne on Saturday and Sunday, September 7th and 8th, beginning at 9 am. The event is sponsored by the Hadley-Lake Luzerne Historical Society and the 118th Adirondack Infantry Regiment.

A complete schedule can be found online here [pdf]. The Historical Society is also active on Facebook.