There also was talk of expansion to the nation’s south. Just a year earlier, American frontiersmen had taken up arms and carved the Republic of Texas out of Mexico Could northern expansion also be part of America’s destiny? If not expansion, could Americans at least help their neighbors throw off the last English claim on North America?

McKenzie took the stage to the night of Dec, 12th. The theater was filled and the audience excited. The balconies, the pit, the boxes and the lobby were all crowded. Many were turned away for lack of standing room.

Some in the crowd thought the “peppery little Scotchman,” as one biographer described him, resembled President Van Buren.

MacKenzie spoke for more than an hour, comparing oppression he saw in Canada and the motives for the American Revolution.

He spoke of taxation without consent of the taxed, of packed juries, and packed legislatures, of a perpetual Senate, of the want of education, and “of the repeated overwhelming majorities chosen by the people…whose reform acts were uniformly set aside and vetoed,” the Buffalo Commercial Advertiser reported the next day.

The time was ripe for rebellion, MacKenzie told his listeners. A few thousand men would settle the business in a hurry, as there were few British troops in Canada, mostly pensioners and militia. Great Britain was exhausted from its many wars.

England could hardly spare troops or money to carry on a foreign war, he told them. “It takes 30,000 bayonets to keep Ireland quiet.”

At the end of his speech, MacKenzie “was greeted with prolonged cheering,” the newspaper reported.

Thomas Jefferson Sutherland, a 36-year-old Buffalo man, jumped up and declared he was going to Canada to fight for its people’s independence.

Who would join him? he asked.

“Cries of Yes! Yes! – I’ll go! – all over the house,” the Commercial Advertiser reported.

Then came calls for money and arms, and the crowd again responded enthusiastically.

Finally, Sutherland called for a military force to seize the unoccupied British-owned Navy Island in the Niagara River. The British had built a blockhouse and stockade there during the War of 1812, but the island had since been abandoned.

The next day, MacKenzie and Sutherland met at the Eagle House, an inn and stagecoach stop across Main Street from the theater. Also present was Rensselaer Van Rensselaer, a member of the prominent New York family from the Hudson Valley (grandson of Philip Van Rensselaer). He was presented as a cadet from West Point and as a soldier who had served with Simon Bolivar during the liberation of South America from Spanish rule. He was neither.

Nevertheless, Van Rensselaer became general of an army of volunteers gathering on the Niagara Frontier.

After meeting at the Eagle House, MacKenzie and Van Rensselaer headed for Navy Island. They expected 250 volunteers to join them, with arms and cannon. But when they reached their launching point, they found just 24 men, according to Charles Lindsey’s 1862 biography, The Life and Times of William MacKenzie. 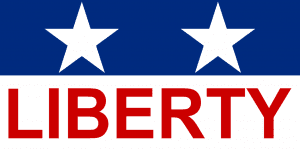 They landed on the 316-acre Navy Island and declared it “the Republic of Canada” under a newly-stitched red-white- and-blue flag emblazoned with two stars.

From the island, they could see Chippewa on the Canadian mainland just 600 yards to the west. The American shore was about a mile to the east, and the mist of Niagara Falls rose less than three miles to the north.

While General Van Rensselaer set up camp, President MacKenzie went to work writing proclamations to explain the rebellion and call for volunteers.

“For nearly fifty years has our country languished under the bligh ting influence of military despots, strangers from Europe, ruling us, not according to laws of our choice, but by the capricious dictates of their arbitrary power,” MacKenzie wrote.

“They have taxed us at their pleasure, robbed our exchequer, and carried off the proceeds to other lands, they have… ruled us, as Ireland has been ruled, to the advantage of persons in other lands.”

By the end of December, 600 armed men and 24 cannon stolen from local armories occupied the island, according to David B. Read’s 1896 book The Rebellion of 1837.

While British subjects at first composed most of the army, American volunteers soon were equal in number. Many no doubt were influenced by the Jacksonian political philosophy of the era. Andrew Jackson recently had completed two terms as president, riding a wave of populist enthusiasm for greater democracy among the common man (white men over 21) and weakening the influence of the landowning and wealthy elite.

Anti-British animosity also contributed to the growing ranks of American volunteers, but economic forces no doubt played a role, too. A severe recession had swept the United States. During the Panic of 1837 more than a third of the nation’s banks closed. Unemployment was rampant. Farmers lost their farms. Now MacKenzie was promising 300 acres of land for every soldier, once the revolution succeeded in throwing out the British. He also offered a bounty of $100 in silver to each volunteer.

It was not long before the cannons on Navy Island started firing into Canada, toward Chippewa, where 4,000 soldiers, mostly militia, gathered. The British fired back with cannon and mortar, but the barrage did little damage. One patriot was reported killed from the British response that went on for several days.

The patriot army, though, was getting restless. The volunteers were anxious to land on Canada’s mainland, where they expected sympathetic Canadian patriots to welcome and join them. But Van Rensselaer issued no orders to invade and said little.

“Van Rensselaer strutted about the island, a cutlass in one hand and brandy in the other,” according to Shaun J. McLaughlin’s The Patriot War, published in 2012.

“His drunkenness was obvious and his cowardice suspected. Men sought action but found boredom, and only crude huts for shelter from the cold and snow.’’

Then in the early morning of Dec. 29, the patriots noticed flames coming from Schlosser, a docking area on the American shore just above Niagara Falls and about a mile northeast of Navy Island.

“At length the mass of flame was distinctly perceived to move upon the waters, and approach the rapids and the middle of the river above the falls,” MacKenzie later recalled. “Swiftly and beautifully it glided along, yet more rapid in its onward course as it neared the fathomless gulf into which it vanished in a moment amid the surrounding darkness. This was the ill-fated steamboat Caroline.”

The British had watched as the Caroline, a steamboat out of Buffalo, ferried supplies, food and recruits to the “pirates” on Navy Island. Their patience was short.

Col. Allan McNab, who commanded the militia forces in Chippewa, ordered a night-time raid to destroy the Caroline. The ship was docked for the night at Schlosser, the current site of the Niagara Power Project.

Capt. Andrew Drew of the Royal Navy recruited 60 men and seven boats, to row across the Niagara River in the early morning darkness. Two boats turned back but five successfully battled the swift current. They surprised and killed one sailor, set fire to the steamboat and cast it adrift to plummet over Niagara Falls.

If Americans were sympathetic to the patriots’ cause before, this English incursion inflamed the emotions, not just on the frontier, but across the entire nation. How dare the British set foot on American soil, destroy a ship flying the stars and stripes and kill an American?

The initial newspaper accounts were exaggerated and chilling, but they fueled passions. The Cleveland Daily Herald and Gazette reported the boarding party shouted “No prisoners! – No quarters!” and “Those who attempted to escape were killed, with a few exceptions.” The Buffalo Commercial Advertiser reported 22 American civilians sleeping aboard the steamboat had died in the attack.

Later historians believe just one American was killed. But even that one death was vividly reported, as in the Cleveland Daily Herald and Gazette: “Amos Durfee of Buffalo, was found dead upon the dock, having received a shot from a musket, the ball of which, penetrated the back part of the head and came out at the forehead.”

The British took responsibility for the raid onto American soil, justifying it as a preemptive and defensive strike to prevent an invasion of Canada. Throughout the United States, “Remember the Caroline” became a rallying cry that attracted more recruits, forced Congress and President Van Buren into debate and threatened to ignite a new war between the United States and Britain.

American militia numbering 1,000 were called up to protect the border from further British raids, and also to prevent patriot army attacks from the United States into Canada. Much of the militia allegiance, though, was with the patriot army.

“It was with the greatest difficulty they could be restrained from going over to Navy Island to join the insurgents and sympathizers collected there,” Lindsey wrote in his biography of MacKenzie. President Van Buren sent General Winfield Scott, who had commanded soldiers on the Niagara Frontier during the War of 1812, to command the militia.

Also at Van Buren’s disposal was the Neutrality Act of 1794, which forbade anyone in the United States from waging war against a country at peace with the United States. Not long after the Caroline raid, a U.S. marshal arrested MacKenzie in Buffalo for violating the act. The patriot army withdrew from Navy Island two weeks later, on Jan. 13, 1838, without launching an invasion of Canada. But that didn’t end the rebellion.

Read Part Three, A Republic of Canada, HERE. You can read the first of this three part series on the Patriot War here.


Images, from above: The Destruction of the Caroline by George Tattersall; Flag of Republic of Canada.