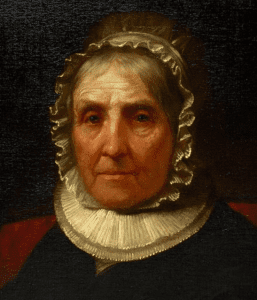 The Albany Institute of History & Art has announced the opening of the exhibit “The Schuyler Sisters & Their Circle,” set to run through December 29th, 2019.

Made famous by the Tony Award-winning musical Hamilton: An American Musical, the Schuyler sisters Angelica, Elizabeth, and Margaret (Peggy) were fascinating characters in American history and played significant roles in the life of Alexander Hamilton.

Now, for the first time, there is an exhibition exploring the Revolutionary world of these women in the sisters’ hometown of Albany.

The Schuyler Sisters & Their Circle looks at the lives of Angelica Schuyler Church, Elizabeth Schuyler Hamilton, and Margaret Schuyler Van Rensselaer through clothing, decorative arts, portraits, and manuscripts from the Revolutionary Period to the Federal Period. These women witnessed the birth of the new nation and their lives connected them to significant events and persons in American history, such as George Washington, Benjamin Franklin, and the Marquis de Lafayette. Showcasing objects that are rarely displayed together, the exhibition boasts significant loans from museums, archives, and private collections.

Objects of interest include:

The Albany Institute of History & Art is located at 125 Washington Avenue, Albany. Free parking is available in the museum’s lot at the corner of Dove and Elk Streets.