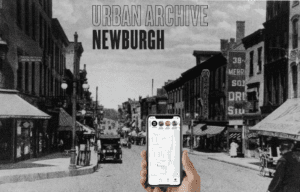 Newburgh is the first expansion for Urban Archive outside of New York City. Urban Archive, a technology non-profit, had their start in 2016 working with three institutional partners and only a few hundred archival photographs.

Like many industrial cities, Newburgh suffered through the mid-20th century losing jobs, taxes, investment and over 1,000 structures to a failed urban renewal program. Some of Newburgh’s lost notable buildings are also included in Urban Archive.