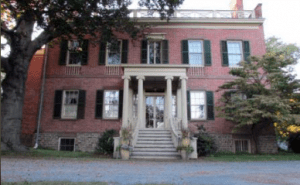 This presentation is part of the ACHA’s ongoing 2019 series, “Speaking Easy: Prohibition in Albany.” After the presentation, view what is believed to be the oldest continually operating private wine cellar in the country, built in the 1860s, sealed in 1919 ahead of Prohibition, and not re-opened until the 1970s.

Richard F. Hamm is Professor of History at the University at Albany, SUNY. Raised in the Bronx and Florida he received his Ph.D. in American History from the University of Virginia. He is the author of Shaping the Eighteenth Amendment, Temperance Reform, Legal Culture and the Polity, 1880-1920 (University of North Carolina Press 1995); Olmstead v. United States: The Constitutional Challenges of Prohibition Enforcement: a unit on Olmstead v. United States for the “Teaching the History of the Federal Courts” project of the Federal Judicial Center; “Short Euphorias Followed by Long Hangovers: The Unintended Consequences of the Eighteenth and Twenty-first Amendments,” in The Unintended Consequences of Constitutional Amendments, David Kyvig, Editor, (University of Georgia Press, 2000), along with articles on prohibition, legal history, and civil liberties.

There is a $5 suggested donation; free for ACHA members. Reservations are required and space is limited. Reserve tickets online or by calling 518-436-9826.