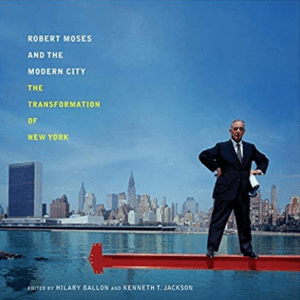 At the Friends’ annual meeting, Professor Jackson will discuss “Robert Moses and the Rise of New York.” Moses is legendary for his role in creating the system of New York State parks and parkways that includes Taconic State Park.

In addition to his book Robert Moses and the Modern City, Jackson is the author of Empire City: New York through the Centuries and the Encyclopedia of New York City.

Jackson is the recipient of numerous awards including the Alexander Hamilton Medal, Columbia University’s highest honor. He has been welcomed to Windsor Castle by Queen Elizabeth II, to the White House by President William Jefferson Clinton, and to the Governor’s Mansion in Albany by George Pataki. Nevertheless, Professor Jackson says he is most at home in the subways, back streets, and gritty neighborhoods of New York City where he has been leading all-night bicycle rides, three-hour walking tours, and all-day bus trips for decades.

Tickets for the event, including a barbecue supper prepared by popular pitmaster Ken Preusser, are $20 and available online, or by calling (518) 329-3251.

For more information about Friends of Taconic State Park, call (518) 966-2730, visit their website, or email info@friendsoftsp.org.