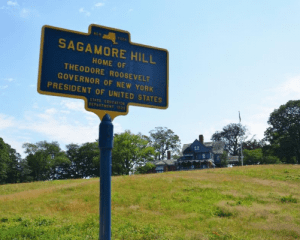 A new National Park Service (NPS) report concludes that 346,000 visitors to Fire Island National Seashore and Sagamore Hill National Historic Site in 2018 spent $20.2 million in communities near the park. The spending supported 172 jobs in the local area and had a cumulative benefit to the local economy of $13.7 million, according to the report.

The spending analysis was conducted by economists Catherine Cullinane Thomas and Egan Cornachione of the U.S. Geological Survey and Lynne Koontz of the National Park Service. The report concludes that $20.2 billion of direct spending by more than 318 million park visitors in communities within 60 miles of a national park. This spending supported 329,000 jobs nationally; 268,000 of those jobs are found in these gateway communities. The cumulative benefit to the U.S. economy was $40.1 billion according to the study.

Lodging expenses account for the largest share of visitor spending, about $6.8 billion in 2018. Food expenses are the second largest spending area and visitors spent $4 billion in restaurants and bars and another $1.4 billion at grocery and convenience stores.