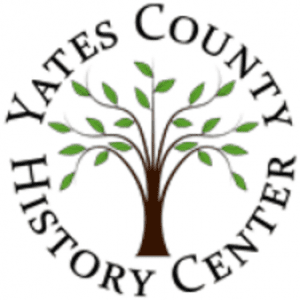 A women’s history conference is set to be offered by the Yates County History Center at the Hampton Inn in Penn Yan on June 28 and 29th. Speak To The Light: Two Centuries of Women’s History in the Finger Lakes is being offered to commemorate the 200th anniversary of the death of Jemima Wilkinson, said to be the first American woman to found a religion, the Society of Universal Friends.

The conference will offer eight speakers on a variety of topics plus a museum visit and bus tour of historic sites in Yates County. The keynote speech will be given at the evening banquet by Dr. Sally Roesch Wagner, founder and Director of the Matilda Joslyn Gage Center for Social Justice Dialogue in Fayetteville, NY. She is believed to be the first American woman to receive a PhD in Women’s Studies and has authored several books. She will speak about her anthology, Women’s Suffrage. The banquet will be held at the Top of the Lake restaurant in Penn Yan.

Born Jemima Wilkinson in 1758, in Cumberland, Rhode Island, she broke with her Quaker faith and took the name Public Universal Friend in 1776. With the foundation of her new sect, she and her adherents moved into Pennsylvania and established a following. In 1788 some of her faithful arrived in present day Yates County where they were the first white settlers, building mills along Keuka Outlet. Establishing a relationship with local Native Americans, taking in runaway slaves and giving leadership roles in her sect to women, the Public Universal Friend predated progressive movements that would later blossom in the Finger Lakes region.

The Public Universal Friend died on July 1, 1819 in her home in the Town of Jerusalem in Yates County. The Yates County History Center holds an extensive collection of artifacts and documents on Wilkinson and maintains a permanent exhibit interpreting her life.

During the conference on Friday, Dr. Melissa Grube will speak about Lucretia Mott and the influence of Quaker women on the women’s rights movement. Dr. Jenny Lloyd will speak about Antoinette Brown, said to be the first ordained female minister in the United States. The influence of the Haudenosaunee culture on the women’s rights movement will be reviewed by a spokesperson from the Ganondagan State Historic site in Victor, N.Y. Two speakers from Wayne County NY will lecture – Marjory Allen Perez on the women involved in the Underground Railroad and Peter Evans on the Fox sisters and spiritualism.

Registration closes on May 15th and is limited to 40 people. Conference fee is $95 which includes three meals plus speakers, museum visit and bus tour. Call the Yates County History Center at (315) 536-7318 to register. A block of rooms has been reserved at a special conference rate at the Hampton Inn. You must book by May 28th.