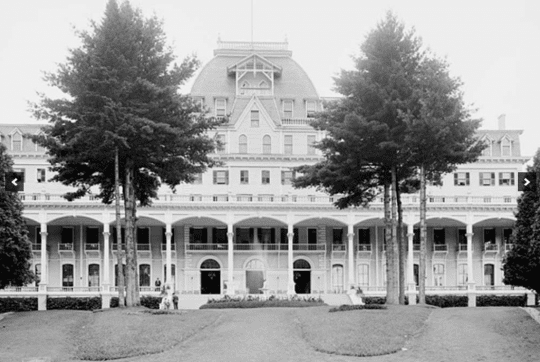 The election follows the death in November of Robert F. Flacke, Chairman of the Board and President of Fort William Henry Corp. Flacke led the company for more than 60 years. Muncil and Reuss are daughters of Flacke and have been involved in the operation of the business since they were children.

Kathryn Flacke Muncil, who has served as Chief Financial Officer for 26 years and Chief Executive Officer for seven years, has been elected chair of the Board of Directors.

Sebastian (Sam) J. Luciano, a 35-year employee who has most recently served as Vice President and General Manager of Hotel Operations and a member of the Board of Directors, has been elected President.

Kathryn Flacke Muncil, a former certified public accountant, was previously the CFO of Spaulding Investment Co. in Burlington, Mass., a leading real estate and property investment group, and a supervisor at the national accounting firm PriceWaterhouseCoopers (PWC) before returning to her hometown of Lake George and her family business in 1993 as Fort William Henry’s Chief Financial Officer. She graduated from The College of the Holy Cross where she was captain of the Woman’s Basketball Team. She is a former chair and current member of the Board of Directors of the New York State Hospitality and Tourism Association, former member of the Board of Trustees of the BankBoston 1784 Mutual Funds and former member of the Board of Advisers of the Capital District YMCA.

Sebastian J. Luciano joined Fort William Henry 35 years ago and has overseen its hotels, retail stores and restaurants, facilities, guest satisfaction, employee relations, purchasing, information technology and major events. He is a member of the Board of Governors of Best Western Hotels. He taught “Principles of Hotel Management” at SUNY Adirondack and is a former member of the SUNY Adirondack Business Curriculum Advisory Board, former president of the Voluntary Action Center Board of Directors, and a former member of the Warren County Tourism Select Committee. He was awarded a U.S. patent in 2016 for an new bed base design.

Nancy Flacke Reuss is a trustee of The Fund for Lake George who retired recently after devoting more than 37 years to service in New York State government. She oversaw the integration of the New York State Banking and Insurance departments into the Department of Financial Services. She represented the state Budget Director on numerous public authority boards including the New York State Dormitory Authority, New York State Housing Finance Authority, Roosevelt Island Operating Corporation and the State of New York Mortgage Agency. At the State Division of the Budget, she served as assistant chief budget examiner overseeing Transportation, Environment, Energy and Economic Development, executive agencies with more than 8,000 employees and annual spending of more than $1.7 billion annually. She is also a graduate of The College of the Holy Cross.

Photo: The Fort William Henry Hotel in the 19th Century.