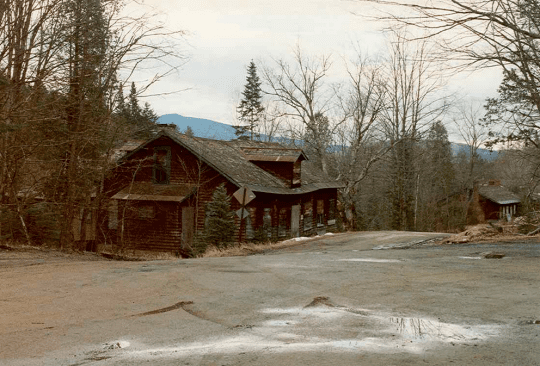 This presentation by a former NL Industries manager Don Seauvageau will cover the 1847 to 1947 period at the Hudson River headwaters. The closure of the mining operations at Adirondac in 1855 did not end the activity here. Often referred to as the “Club Era,” the mining works were sold twice and operated by both new owners.

Seauvageau will discuss the difference between the Upper Works and the Lower Works with the connection to the Hamlet of Tahawus and provide a brief history of the area’s three clubs. In 1901, Teddy Roosevelt made his nighttime ride from one of them, the Tahawus Club, to the Presidency. The talk will end with the beginning of the National Lead titanium ore operations and the first relocation of the Hamlet of Tahawus.

Don Seauvageau is a former engineer for General Electric, and lives in Blue Mountain Lake. An avid paddler, he has earned the Adirondack Mountain Club Paddle Pursuit patch, and has visited all the towns and villages within the Blue Line.

Seauvageau’s first visit to the Adirondacks in the mid 1980s as a manager for NL Industries allowed him to stay at the Foote Cottage on the Tahawus mine site. Since then he has authored several articles about the Adirondacks.

The Adirondack Museum is located at 9097 State Route 30, in Blue Mountain Lake. For more information, contact the Adirondack Experience at (518) 352-7311 or visit their website.