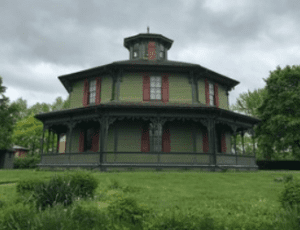 The Preservation League of New York State, the New York State Council on the Arts (NYSCA) and the Robert David Lion Gardiner Foundation have announced that their annual Preserve New York grant applications are now open.

Through its Preserve New York grant program, the League has invested in the rehabilitation of historic places, leveraged significant additional cash and in-kind resources, and protected properties at the local, state and national level through landmark designations. These grants help municipalities and not-for-profit organizations conserve and protect their cultural resources and are an important catalyst in realizing community preservation goals.

Preserve New York will have over $250,000 grant funding available in 2019. This includes over $210,000 in funding from NYSCA and $40,000 from The Robert David Lion Gardiner Foundation for projects in Nassau and Suffolk Counties.

Not-for-profit organizations with 501(c)(3) status and units of local government are eligible to apply. Arts and cultural organizations are particularly encouraged to apply. Applicants cannot apply to Preserve New York and the New York State Council on the Arts for the same project.

Guidelines and a list of frequently asked questions for Preserve New York are available on the League’s website. Applications are not available online. Prospective applicants must discuss their proposed project with Frances Gubler, Manager of Technical & Grant Programs at the League by calling (518) 462-5658 x 10 or by email at fgubler@preservenys.org.