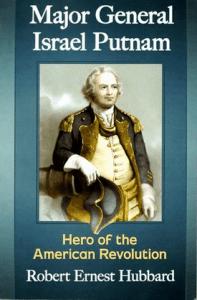 A colorful figure of 18th century America, Israel Putnam (1718-1790) was an important leader in both the French and Indian War and the Revolutionary War. Hubbard’s lecture will include a discussion of Putnam’s role in the Battle of Brooklyn, the Landing at Kip’s Bay and the Battle of Harlem Heights.

Robert Ernest Hubbard is a retired professor from Albertus Magnus College in New Haven, Connecticut and an adjunct faculty member in the college’s Master of Fine Arts in Writing Program. He has long been webmaster of websites on General Israel Putnam and on entertainer Phil Silvers. He lives in Connecticut.