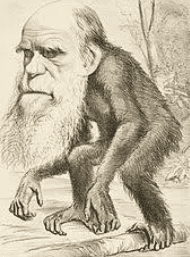 The next North Country Civil War Round Table will feature Jan Wojcik, and has been set for Sunday, January 27th, at 2 pm at the St. Lawrence County Historical Association.

Charles Darwin published The Origin of Species in 1859, and American abolitionists, biologists, and Northern politicians immediately found it to provide the first scientific rationale for what had previously been a moral and religious argument: that all human beings had the same ancestry, and that differences in appearance resulted only from different environments. Within a short time, Southern editorials and reviews condemned Darwin for denying their fundamental belief that black slaves were an inferior species to whites.

Clips from the movie Gettysburg featuring conversations among soldiers on both sides of the Civil War on the night before the second day of battle reflect this argument, and introduce a discussion of the merits of each reading of Darwin’s book.

Jan Wojcik is a member of the Round Table and President of the Board of Trustees of the Potsdam Public Museum. He has presented programs on the Battles of Spotsylvania, Appomattox, women in the Civil War, and Colonel William Elderkin, also of Potsdam, whose trunk had just returned to Potsdam after traveling across America for 150 years.

Visitors who own items with Civil War provenance are encouraged to bring them to the event for a “show and tell” session before the talk.

The St. Lawrence County Historical Association is located at 3 E. Main St., Canton. Parking is available behind the SLCHA, next to the museum’s main entrance. For more information, call the SLCHA at (315) 386-8133, e-mail info@slcha.org, or visit the SLCHA’s website.