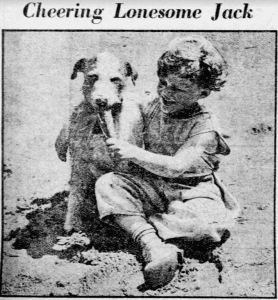 Herbert William Peart was born in 1894 in Australia. His parents, who were English, were both connected with the Salvation Army. His father, William Peart, was a principal in that organization and the Pearts carried on its work in Australia, where Herbert and his siblings were born.

In 1905, the Peart family moved to the United States, where Colonel Peart was the second-highest official in the organization’s American branch, working with General Evangeline Booth (daughter of Salvation Army founder William Booth).

The Pearts became American citizens, and lived in Mount Vernon in New York’s Westchester County. Herbert attended grammar school there, and for a few months was a student at Mount Vernon High School, before enrolling at Mercersburg Academy in Pennsylvania. Peart had a reputation for being studious, and this was borne out by the fact that, after two years at Mercersburg, he left without graduating – and enrolled at the Rensselaer Polytechnic Institute in Troy, New York.

At RPI, he was an active athlete. He played basketball, baseball and football and captained RPI’s teams in the latter two sports. His unanimous election as captain of the football team was partly attributed to his good nature, and his captaincy was appreciated not just by his fellow players, but by the entire student body. In December 1914, his hometown paper noted that as the quarterback for the football team, he was “one of the season’s sensations.” He was active in the school’s Society of Engineers, and belonged to the Beta Delta Beta fraternity. In January 1915, he participated in a mock cremation of Calculus, “the most beloved (?) course in the curriculum of the Institute.” After mourning the passing of this scourge upon students, the participants retired to Hannigan’s Hall for refreshments.

In March 1915, Peart was one of seven students suspended for having participated in a hazing incident. It had been arranged for some freshmen to show up at a wooded location, where they were to run a gauntlet, the older students being equipped with straps. One freshman refused to participate, and was thrown to the ground and beaten with the straps to the point that his injuries confined him to bed for a while. Intercession by the student body was unsuccessful at getting the suspensions withdrawn.

Suspension typically resulted in being expelled, at the will of the trustees. In its edition of November 11, 1915, the Troy Times expressed hope that Peart would be returning to RPI the following spring and play basketball.

But he did not return to RPI. Late in the summer of 1915, he was at a recreational facility in North Long Branch, New Jersey, which was one of a number of fresh air camps operated by the Salvation Army. Two young women who’d gone swimming – despite a rough sea – were pulled under the water. Peart and another young man, Robert Cowan, were working as lifeguards, and began a rescue attempt. Cowan reached one of the women, but lost his grip as she thrashed about, and he swam back towards the shore, exhausted. On a second attempt, he could not overcome the current. Peart, with difficulty, swam out and got a hold on the woman and brought her closer to shore, where Cowan assisted him in getting her out onto the beach, where she was revived. The second woman was also brought to shore, but was unresponsive and died. For their efforts, Peart and Cowan were later honored with Carnegie Hero Awards. Perhaps Peart felt, as does this writer, that his effort was at least partial compensation for the injury he’d inflicted on the freshman.

Peart continued his college education at the Polytechnic Institute of Brooklyn. Perhaps the idea of a career in the military sprang from his attendance, in May 1916 at the annual dinner of the Institute’s alumni. The event featured a demonstration of the first transcontinental telephone line, and as part of the demonstration, Major General Leonard Wood and Lieutenant Commander E. P. Jessop (a naval officer) remotely addressed those at the dinner, speaking of the need for preparedness and military training.

From Brooklyn, Peart went to Detroit, Michigan where he worked for the Cadillac Motor Car Company. Over the summer of 1917, he was a member of the first Officers Training Camp at Fort Sheridan in Illinois – which had been established by General Wood. The fort featured mock battlefields–trenches and all – to help prepare the soldiers for the type of fighting then raging in Europe. In August, Peart was commissioned a Second Lieutenant in the army. The following January, he was promoted to First Lieutenant. Peart served at camps in Michigan, in Oklahoma, and on Long Island, before going overseas in July 1918. During a leave of absence that spring, he’d been able to accept his Bronze Medal, and a $500 cash prize, from the Caregie.Hero Fund Commission. 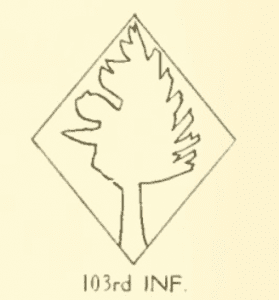 Originally he’d been assigned to the 340th Infantry Regiment, but was switched to the 103rd, where he was one of the officers for Company I. The 103rd was part of the 26th Division–the Yankee Division–so-called because most men were from New England. (The helmet insignia for the 103rd Infantry was a pine tree, reminiscent of the forests of northern New England.) A friend of his later recalled Peart’s words before going overseas: “This is a game you must play. If I meet death, it matters not; it is for the world.”

In September 2018, Peart and two other doughboys attacked a German machine gun post and brought away over a dozen prisoners. In the last half of October, Lieutenant Peart had been given charge of Company I, due to the illness of its captain. In November, orders came down for the taking of Bois de Ville, which “was certainly not a grave necessity,” according to the Boston Globe. But orders were to be followed, regardless. Peart and ten of his men were engaged in this action north of Verdun, when they were killed on the 10th day of November – one day before the ceasefire was to take effect.

Peart’s body was found beside a tree, where he’d been sitting before a machine gun round fatally struck him in the head. His right hand still clenched a pencil, which he’d been using to jot down a message to his superior. In his left hand was a pad, with an unfinished dispatch: “Captain Cabot: 7:19 am. Am held up by machine gun fire on left. Have located four of them. Also on my right—.” A scrawl indicated the instant when he was struck down.

Not far from Peart’s body lay those of the other ten men from his company. One of the victims was Moses Neptune, the son of the governor of the Passamaquoddy tribe in Maine. (Neptune’s story was featured in a Smithsonian Channel documentary: Americans Underground: Secret City Of WWI.) On November 12, a solemn funeral took place next to a large grave which contained the remains of Peart and his men. The ceremony was described in some detail by Bert Ford, a journalist who was there, in his book, The Fighting Yankees Overseas. A large tarp, topped with an American flag, covered the bodies. Chaplain Albert Butzer, from Buffalo, New York, read from the Bible and spoke a few words.

Captain Charles Cabot – for whom Peart’s dispatch had been intended–stepped forward and removed his hat. In a muddy uniform, and looking quite haggard, he addressed those in attendance. “Men, this is a solemn hour….You all faced your duty, stern as it was, but it was ordained by a Higher Power that the sacrifice made by our comrades was to be greater than ours.” Peart, he told them, was a “gallant leader” who’d met a soldier’s death. A group of musicians was present, and played Nearer My God to Thee, which drew tears and sobs from the battle-hardened soldiers.

When the music ceased, the air was filled by the singing and shouting of some German soldiers, who, only 50 yards away, were celebrating the end of hostilities. Shortly thereafter, three Germans approached the site of the funeral, bearing a flag of truce. One of them, a major, asked if there were a major present whom he could talk to. Captain Cabot told him that he would instead have to deal with him.

It turned out that, per the provisions of the Armistice, the Germans had come to disclose the location of mines in the area.

A slightly different account of the funeral, published in the Mount Vernon Daily Argus, says that the Germans arrived in the middle of the service, and that Butzer, perhaps as a show of antagonism, asked the Germans if they wanted to see an American soldier. When they said yes, he lifted up the tarp, revealing Peart’s lifeless form. To this display, the German major said: “He was a better soldier than I.” Per this account, the three former foes stayed for the remainder of the ceremony for the fallen men who had so recently been fighting against them.

Peart’s remains were removed from the temporary grave at the battlefield, and placed the following year at the Meuse-Argonne American Cemetery at Romagne-sous-Montfacon, France, where more than 20,000 American soldiers lie. In 1919, while on a trip to Europe to handle Salvation Army matters, Peart’s father was able to make a quick visit to his son’s grave. Along with several other Salvation Army officials, he stood, hatless, and prayed amidst a piercing wind and blinding snowstorm. In describing his visit to the cemetery, Colonel Peart wrote that, the sight of all the white crosses leads a person to “the fervent wish…that battlefields may forever be no more.”

Peart was not mourned only by humans. His dog, a wire-haired terrier, also felt the loss of his master. In the 1920s, several newspapers printed photos of “Lonesome Jack” being entertained by children at the Salvation Army fresh air camp at North Long Branch, New Jersey.

Photo of Lonesome Jack appeared in the New York Daily News in 1924; sketch from “The Book of Salutation to the Twenty-Sixth (Yankee) Division of the American Expeditionary Forces”.