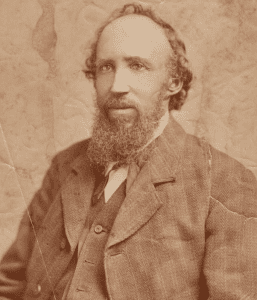 The next St. Lawrence County Civil War Round Table has been set for Sunday, October 28th, at 2 pm. Adam Bollt will present “Distinction Despite Disadvantage: The Story of George B. Swan,” at the St. Lawrence County Historical Association, 3 E. Main Street Canton.

George B. Swan, a successful businessman of the mid-1800s, resided in Potsdam, NY, but hid a secret about his identity. Years after the end of the Civil War and an abundance of personal successes, Swan finally revealed that he was not white, but in fact was mixed race.

Presenter Adam Bollt is a high school student from Potsdam High School who has undertaken a study of George B. Swan as part of the Potsdam Public Museum’s “Pinpoint Potsdam 1865” project. His record of the life and legacy of George B. Swan leads to a vision of a tolerant at a time when the rest of the nation was in dissension. Swan was a celebrated man in Potsdam, despite being of mixed race during the 19th century.

The North Country Civil War Round Table is a program of the St. Lawrence County Historical Association (SLCHA). For more information call the SLCHA at (315) 386-8133, e-mail info@slcha.org or visit their website.