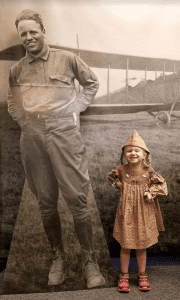 Sagamore Hill National Historic Site has announced the opening of a new exhibit on Quentin Roosevelt who died in a dogfight over France during World War One.

On Saturday, July 14th Sagamore Hill will commemorate the 100th anniversary of Quentin Roosevelt’s death with a historic biplane flyover of the Roosevelt Home presented by the Bayport Aerodrome Society. The event will also include live music and a portrayal of World War One era soldiers. Activities begin at 10 am.

The new exhibit on Quentin Roosevelt runs through December. Open Wednesday to Sunday, 10 am to 5 pm. This exhibit is free and open to the public.