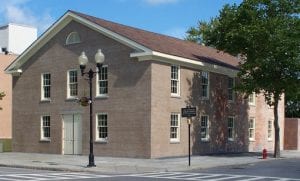 In the midst of The Civil War, President Abraham Lincoln declared all enslaved persons in most Southern States freed effective January 1, 1863 with The Emancipation Proclamation. Planters and other enslavers migrated to Texas to escape the fighting, subsequently greatly increasing the enslaved population there prior to the end of the Civil War. The enslaved people of Texas, most of whom were geographically isolated, were read the Emancipation Proclamation on June 19, 1865. The celebration that ensued has been known thereafter as Juneteenth.

On Friday at 7 pm, Walt Gable, Seneca County Historian, will speak on “Local Congregations and the Burning Issue of Slavery” in the Guntzel Theater of the Visitor Center.

On Saturday at 2 pm, Josiah: The Story that Sparked the Civil War will be screened in the Wesleyan Chapel of the First Methodist Church of Seneca Falls, 126 Fall Street. Josiah tells the story of the life of Josiah Henson, the inspiration for Uncle Tom’s Cabin who, after taking his own freedom in Canada, became a Methodist preacher and was able to advance the cause of freedom for those who remained enslaved.

Women’s Rights National Historic Park is open every day from 9 am to 5 pm for the month of February. For more information about the park and upcoming programs, click here or call (315)568-2991.