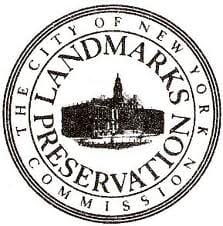 The New York City Landmarks Preservation Commission (LPC) has announced the launch of the new Permit Application Finder, an interactive web map that will allow the public to see geographically where LPC permits have been filed and issued and what that work entails.

The Commission has also enhanced its online Permit Application Search, which now gives the public the ability to search by community district and work type.

The Permit Application Finder displays applications and permits issued since January 2016 for work on individual, interior and scenic landmarks, as well as historic district buildings in all five boroughs. The web map includes up-to-date information on applications filed with the LPC as they go from filing to the issuance of the permit. This feature makes it easier for the public to find out what work is being done on designated buildings in their neighborhood and throughout the city. It also benefits applicants who can check on the status of their application.

Users can search by address or docket number, or they can simply click on a building or site to see if there are any applications or permits issued. When they click on the permit application, which is represented by a dot on the map (light blue for pending permits and green for issued permits), a pop-up is displayed with information that includes the application date, landmark type, community board district, work type, permit type and a link to the permit if it has already been issued. The web map also features a permit filter that lets users sort permit applications by community district, and for issued permits they can sort by Commission or staff-level approval, or by work type (e.g. window replacement).

LPC’s Permit Application Search, launched in 2016, previously only allowed the public to search for applications by address, docket number, historic district and borough. Now, they can search by community district and work type, as well as Commission and staff-level approvals for issued permits. Additionally, the public will be able to access applications and permits issued since January 1, 2016, extending the two-year window of the earlier version of the search tool.