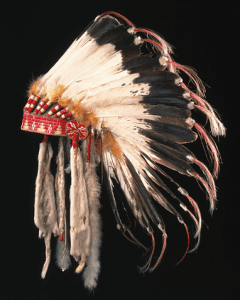 Fenimore Art Museum in Cooperstown, New York has received a gift of $2.5 million from the Eugene V. and Clare E. Thaw Charitable Trust.

The gift will fund the principal curatorial position of the Thaw Collection of American Indian Art as well as to create a new fund for special projects related to the collection.

In recognition of the gift, the position has been named the Eugene and Clare Thaw Curator of American Indian Art. Present curator Eva Fognell, who has managed the collection since 2002, will assume the new title immediately. The curatorship is the first endowed position in the museum’s history.

An additional gift of $1 million will support the Fenimore’s art acquisition fund beginning in 2019. The gift also included several notable artworks including the painting “Elk Swimming at the Platte” by American artist Alfred Jacob Miller.

This wing was funded by Jane Forbes Clark and the Clark Foundation in honor of her grandfather, Stephen Carlton Clark.

Between 1991 and 2017, additional donations from the Thaws have grown the collection to nearly 900 works. In 2017, the Metropolitan Museum of Art in New York City displayed 45 of the works in the exhibition American Indian Art from the Fenimore Art Museum: The Thaw Collection. The exhibit was seen by nearly 100,000 people during its five-month run. This collection has also been exhibited in Paris, Berlin, Madrid, as well as major cities in the United States and Canada.

Eugene Thaw was an art dealer and collector of Old Master drawings and paintings. Thaw and his wife, Clare, first began acquiring indigenous American art in Santa Fe, New Mexico, in 1987 and have assembled works of art produced throughout North America from 500 B.C. to the present.

In 1991, the Thaws donated their collection to the Fenimore Art Museum in Cooperstown, New York, where it is on permanent view. The Thaws have also been benefactors to the Morgan Library and Museum, The Metropolitan Museum of Art, Fenimore Art Museum (where Eugene Thaw was an Honorary Trustee), and other cultural institutions.

For more information about the Thaw Collection, click here.

For more information about the Fenimore Art Museum, visit their website.