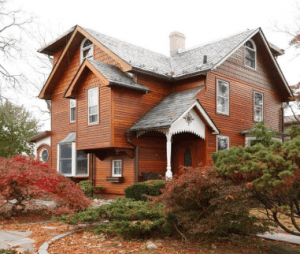 On Monday, March 12th, the City Council Subcommittee on Landmarks, Public Siting and Maritime Uses voted to reject the designation of two individual landmarks on City Island in The Bronx, the Samuel H. and Mary T. Booth House and the Stafford “Osborn” House.

The reason given by Subcommittee Chair Adrienne Adams and referenced by other committee members was the Council practice of ceding control of land-use decisions to the local councilmember, in this instance CM Mark Gjonaj. CM Gjonaj was reported to oppose the landmark designations of these two private houses because their owners were reported to object to the designations. It’s important to note that neither the Councilmember nor the owners appeared at the public hearings although CM Gjonaj was reported to have submitted a statement for the record. CM Gjonaj had previously voted against affirming a landmark designation in Bushwick, Brooklyn which had local Councilmember support but whose owner opposed the designation.

It is upsetting that CM Gjonaj seems to be making a practice of siding with property owners over the decisions of the Landmarks Preservation Commission. Although landmark designation has been ruled to not be a taking of private property by the government, in practice some individuals believe it is. The difficulty comes when those individuals have the power to reverse considered governmental decisions based on their gut instinct. This is not a sound basis for public policy nor is it actual community participation in decision-making. Instead it’s biased, short-sighted obstructionism which benefits a single owner over the greater community. It undermines the collaborative curation of our city’s history by favoring temporary political smoke for long-term decisions. 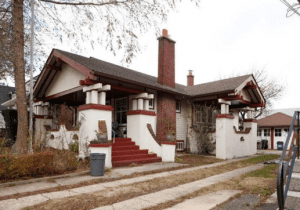 Does anyone honestly believe that City Island will see any more designations in the future? Why would the Landmarks Commission waste its limited resources on this community with the foreknowledge that the Councilmember will most likely veto their decision if the owner doesn’t actively desire it. Keep in mind that these designations were originally proposed by former Bronx Borough President Adolfo Carrion Jr. after a borough wide task force recommended several potential landmarks in the Bronx. Mr. Carrion may no longer be in office, but the work of his task force should still be considered. On a broader scale, what area might suffer next from “landmark shut-out” due to Council member intransigence? Already, in terms of new designations, the entire borough of Staten Island is considered risky by the agency and advocates thanks to a strong record of owner and council opposition to the LPC’s backlog initiative.

Earlier this year, Zulmilena Then, founder of Preserving East New York, said to the Landmarks Subcommittee: “All of you are here, because of us…we voted for you to represent us in the best possible way. So, why are you not thinking about us when you make your decisions?…Have you let the system of politics break you and steer you away from what you truly believe in? Next time when something is presented in front of you to take a stance, forget about the big guy and think:…are you doing this for the community you represent?”. The question remains unanswered.

Furthermore, this kind of decision-making rewards institutionalized inequalities. If a single homeowner can stop a landmark designation, what chance do any communities have when facing opposition from a large corporate or institutional property-owner, such as the Catholic Church or JP Morgan Chase? What about areas such as East New York, East Harlem or Inwood – where the majority of residents are renters with no financial stake in their homes but have spent years supporting and uplifting their communities? Is their investment in creating better neighborhoods outweighed by corporate property ownership? The Landmarks Law states that preserving New York City’s historic buildings benefits all New Yorkers by creating a stable framework for ensuring that our shared history remains recognizable into our future. Our elected officials must remember that preservation is a public necessity, not a private nicety.

Finally, the City Council itself is to blame for this situation. In August 2015, the City Council, under the leadership of Council members David Greenfield and Peter Koo, amended the New York City Landmarks Law to force the LPC to render judgments on potential landmarks and historic districts in a limited timeframe. These City Island properties were originally heard in 2011. They were not designated because the agency, realizing that there was owner opposition, strove to work with the owners to ameliorate their concern. The buildings were under limited protection, while the LPC does not regulate properties which are not landmarks, properties which have been heard can be swiftly designated if necessary (i.e., if they are under extreme threat). A comfortable status quo emerged, where the owners did not have to contend with the LPC’s regulations and the properties had a lifeline in case demolition or extreme alteration was proposed. However, due to the 2015 amendment, the LPC was forced to bring these buildings forward in the designation process or remove their provisional protection. As a result of these political moves, the continued existence of these historic City island properties is now completely dependent on the fickle will of the real estate market. They deserve better and so do New Yorkers.