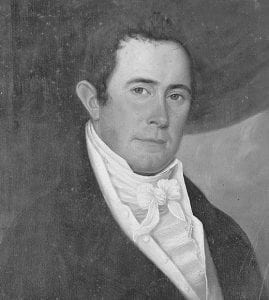 Taverns were (and still are) places and pipelines for gossip. Jacob Griffin was in the perfect place at the most opportune time to collect military intelligence for Washington and his Continental Army. Britain’s center of operation was mainly New York City. Griffin’s Tavern was located (it burned to the ground in 1995 due to electrical fire) just far enough to the City’s limits to notice anything relevant and just distant enough north of Manhattan to remain out of Britain’s claws.

Although Colonel Benjamin Tallmadge’s famed Culper spies were the bulldogs of the Continental Army’s (and Washington’s) espionage efforts, they could not have been the only ones. American spy rings more than likely existed everywhere during the American Revolution. The geography and terrain of the Thirteen Colonies could never allow this. The U. S.’s vastness was simply much too big to permit the Culpers from viewing every little bit of military intelligence emanating from all arenas.  In Boston and New England, Long Island, NYC and Connecticut, as well as the Southern states of Georgia, the Carolinas and Virginia. Washington needed factually correct data on British forces from all over our country, at all times, for him to strike against his enemies effectively, even on the frontier.

Griffin would be the perfect bell-ringer for the Continentals. He need not travel far from Hopewell Junction to be effective as an agent. The people would come to him, including Continental soldiers and visiting French. As a middle-aged militiaman he likely would never had gone too far from his home. But while serving drinks to soldiers and merchants (perpetually on the move) Colonel Griffin would have heard everything in vino veritas.

As with John Jay and Nathaniel Sackett (both engaged in spying and with strong connections to Dutchess County), Griffen could easily fished for information valuable to the Continentals. The Colonel was loyal to the Patriot cause and most likely kept his ear to the ground. Besides, looking for Tory agents need not take him from his duties at home as it did Abe Woodhull, Caleb Brewster or fellow tavern keeper Austin Roe. Griffin’s tavern was his home and the dynamics of the tavern made it a singularly good place to acquire intelligence.

The dearth of physical written documentation is damning here, but it is also not conclusive. Historian Alexander Rose once told me, “Secret agents are not in the habit of leaving around incriminating documents.” Nor should they be. Robert Townsend, Abraham Woodhull and Anna Smith Strong were all mum, even beyond death. Their Culper Spy Ring was not discovered until almost two centuries after the fact.

Other famous Revolutionary War spies for the Americans against the British also include John Honeyman and Enoch Crosby. The latter’s importance was thoroughly debunked by American literary critic Warren S. Walker, in his 1956 essay “The Prototype of Harvey Birch.” New Jersey resident Honeyman’s claim for being a Washington spy, although (historically) not conclusive, does seem to have merit to it. Yet, whatever spies existed for the American cause while America’s struggle raged, we will never know for certain. Spying was was and remains a disreputable and dangerous enterprise, then operated under the grim and savage shadow of the hangman’s noose. For the penalty of a spy caught in the 18th century was always death.

Colonel Jacob Griffin may not have been a spy or part of an early detection system to warn the Continentals against British invasion from New York State’s northern regions, but he could have been. Considering his role in the1775 petition attacking the Crown and supporting the Patriot cause, I find the scant documentation of his story odd. Spies, loyal to their flags or not, never prefer the limelight. Their lives in the field depend on their anonymity. Spies who get caught are the ones who usually get killed. It is that simple.

Colonel Griffin, living well within friendly lines, was relatively safe from harassment by the British, but he could still be useful to Washington and the Continental Congress as a lethal pair of eyes, hiding in plain sight. Griffin’s targets would, I suppose, not need be strangers only those working against the Patriot cause, but it would be logical to think that a radical personality like Jacob Griffin would continue to quietly advance the Revolution.