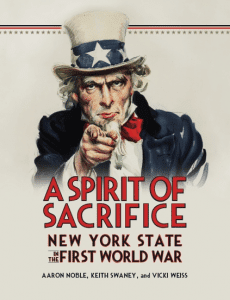 Within the collections are the nearly 3,600 posters of the Benjamin W. Arnold World War I Poster Collection at the New York State Library. The book interweaves the story of New York in the Great War with some of these posters, and artifacts from museums, libraries, and historical societies from across New York State, to illuminate the involvement of New Yorkers in the War.