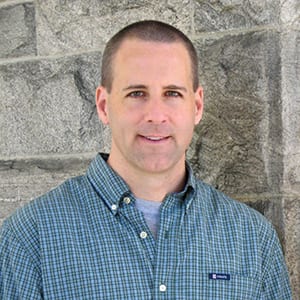 The Lincoln Depot Museum will continue their Fall Lecture Series on Saturday, October 28th, from 1 to 4 pm with noted scholar and author Brian Snee.

Brian Snee will discuss how Lincoln was re-born to support the World War Two effort, anti-isolationism and sell war bonds.

Culled from Brian’s forth coming book The Lincoln Blitz, Mr. Snee will explore how Hollywood’s use of Lincoln’s image in WWII pro-war propaganda films helped bring about Victory.

Some films referenced will be Darryl F. Zanuck’s Young Mr. Lincoln (1939) and Robert E. Sherwood’s Abe Lincoln in Illinois (1940), both anti-isolationist attacks on the “America First” movement. Included will be a display of WWII artifacts incorporating Lincoln’s words and image onto home-front propaganda and morale boosting slogan items. Copies of Brian’s book, Lincoln before Lincoln: Early Cinematic Adaptations of the Life of America’s Greatest President, will be sold at the event.

Brian Snee was born and raised in Scranton PA. He earned a BA from the University of Scranton, and a MA and PhD from Penn State University. He is Professor of Media Studies and Director of the First-Year Program at Manhattanville College, where he created the Department of Communication and Media. He is the author of Lincoln before Lincoln (University Press of Kentucky), and the editor of Michael Moore and the Rhetoric of Documentary (Southern Illinois University Press) and The Rhetoric of the New Political Documentary (Southern Illinois University Press). His research has been published in numerous academic journals and scholarly anthologies, and he has presented research at academic conferences from Boston to San Diego and from Orlando to Seattle. He is currently researching a book about two Lincoln films (Young Mr. Lincoln, 1939, and Abe Lincoln in Illinois, 1940) that were produced in order to influence the outcome of the 1940 presidential election and to change American public opinion about intervening in WWII. He lives in Peekskill, NY, with his wife, Janell Borrison and three children.

Doors open at 1 pm. Admission is $10 per person, free to museum members. The Lincoln Depot Museum is located at 10 S Water Street, Peekskill.