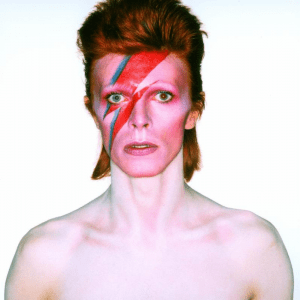 The Brooklyn Museum has announced that it will be the final stop on the world tour of the critically acclaimed exhibition David Bowie, organized by the Victoria and Albert Museum, London.

The exhibition is the first retrospective of the extraordinary five-decade career of David Bowie – one of the most pioneering and influential performers of modern times.

Curated by Victoria Broackes and Geoffrey Marsh from the Department of Theatre and Performance at the V&A, David Bowie is explores the creative process of an artist whose sustained reinventions, innovative collaborations, and bold characterizations revolutionized the way we see music, inspired people to shape their own identities while also challenging social traditions. On view from March 2 to July 15, 2018, David Bowie is will include never-before-seen objects and work exclusive to the Brooklyn Museum presentation.

Advanced sound technology, alongside theatrical scene-setting, animation and video, provide an immersive journey through the artistic influences that Bowie cited as formative. With unprecedented access to his personal archive, David Bowie is features more than 300 objects collected from his teenage years through his death in 2016 – including handwritten lyrics, original costumes, photography, set designs, album artwork, and rare performance material.

The exhibition explores the broad range of Bowie’s collaborations with artists and designers in the fields of fashion, sound, graphics, theater, art, and film. On display are more than 60 stage costumes including Ziggy Stardust bodysuits (1972) designed by Freddie Burretti, Kansai Yamamoto’s flamboyant creations for the Aladdin Sane tour (1973), and the Union Jack coat designed by Bowie and Alexander McQueen for the EART HL I NG album cover (1997). Also on show is photography by Brian Duffy, Terry O’Neill, and Masayoshi Sukita; album sleeve artwork by Guy Peellaert and Edward Bell; cover proofs by Barnbrook for the album The Next Day (2013); visual excerpts from films and live performances including The Man Who Fell to Earth (1976) and Saturday Night Live (1979); music videos such as Boys Keep Swinging (1979) and Let’s Dance (1983); and set designs created for the Diamond Dogs tour (1974).

Alongside these are more personal items such as never-before-shown storyboards, handwritten set lists and lyrics as well as some of Bowie’s own sketches, musical scores, and diary entries, revealing the evolution of his creative ideas.

David Bowie is will be a timed ticketed exhibition. Lightning Bolt tickets, which give attendees priority access to the exhibition, are available now through the run of the exhibition and cost $35. Exclusive packages start at $85. To purchase, click here.

Member tickets will be available on November 8, 2017 before standard tickets go on sale to the public. Brooklyn Museum Members receive free ticket(s) based on membership level. Benefits include priority access to the exhibition; free general admission for one year; and discounts on Museum programs, dining, and shopping. To learn more about Membership, click here; call (718) 501-6326; or email membership@brooklynmuseum.org.

Groups of 10 or more can make advance reservations now by calling (718) 501-6222 or emailing grouptours@brooklynmuseum.org. Corporate members receive a 40% discount off standard tickets when purchasing in person.