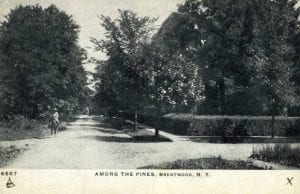 One spring morning, readers of the New York Tribune opened the paper to discover the surprising news that Utopia had appeared overnight. Where inequality, strife, turmoil, mutual hatred, and oppression had previously ruled over human history, in this new place, men and women were said to be, even now, living together in a state of peace, harmony, and equity.

Readers were surprised, even disbelieving. Others, who had followed certain hints and implications, wondered if this might be, perhaps, the fulfillment of certain obscure promises by the great reformers of the day: the Greeleys, the Ballous, the Comtes.

Where elsewhere the robber baron would exploit the worker in America’s factories and the tyrant raise his lash over Europe’s peasants, in Utopia fair pay for a fair day’s work was the rule. Here aristocrat could not cling to his manor while for centuries the poor man remained without land to call his own. No, in Utopia good farmland was for sale. Good farmland, that is, available to readers of the Tribune at a reasonable price – no monopolies allowed.

Could it be so? Such a place must, at least, be very far off, in some strange, inhospitable country, sans the benefits of telegraphic communication and the convenience of steam-powered transport. Indeed, what is Utopia but that far-off place imagined in day-dreams and read about in books? Even on the page or in the imagination, it is a city perched on a mountain-top or a colony established on a remote island. We cannot imagine the ideal and real too close lest one contaminate the other.

Continuing just a few lines in our Tribune we are surprised. Utopia is not in the clouds, not across an ocean or border, but a mere two hour train ride from New York City. It is, in fact, a smallish village, with a post-office and serviced by one of the newer rail stations, located in the very heart of Suffolk County, Long Island, the eastern-most extent of the eastern-most advancement of the Empire State.

How can such a place have come to be? How could it have have sprung up here? One reads on and discovers that Utopia, like so many good things, began as an experiment by mysterious philanthropists. Though the philanthropists remain unknown, the management of the place is based on the ideas of a pair of philosophers, a Mr. Andrews (of New York City) and a Mr. Warren (of Boston), both respectable anarchists.

The essential idea of Mr. Warren – it seems he is the leader – is that all economy should be based on a principle he calls “Cost the Limit of Price.” What this means is that things should only be sold according to the cost of the materials used to make a product added to the cost of the effort expended in its making (both profit and extortion are anathema to Mr. Warren).

Mr. Andrews’ driving principle meanwhile, is “Sovereignty of the Individual.” It is the idea that people should be allowed to hold any beliefs, live any way they might please, associate with any group, and relate to others however they want without interference from the authorities (if there are to be authorities at all). Considering these ideas, economic and social, a picture forms of how daily life for our unique Utopians must be.

But one last note: if one more point can be made to prove the liberality of the Utopians, it is that they are now inviting new citizens to join them and not even requiring that they agree to these principles. One need only request citizenship and purchase a plot of land to yourself become a Utopian (although, reading the books of Mr. Warren and Mr. Andrews is recommended).

At the moment there are some 70 settled in with another 30 expected by fall. If all goes well, the village will grow into a city, the city will spread across a county, and the principles of Utopia will become self-evident for the citizens of the United States and then the world. The weather is salubrious, the soil good. The Utopians have made plans for building, setting up trades, and a lively community life. They have taken to calling their home the village of Modern Times.